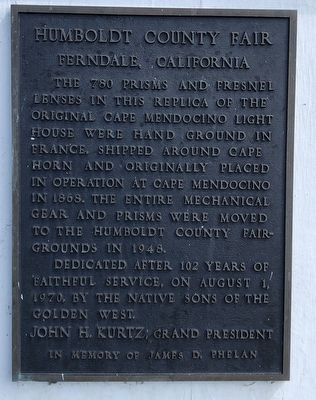 The 780 prisms and fresnel lenses in this replica of the original Cape Mendocino Light House were hand ground in France, shipped around Cape Horn and originally place in operation at Cape Mendocino in 1868. The entire mechanical gear and prisms were moved to the Humboldt County Fairgrounds in 1948.

Dedicated after 102 years of faithful service, on August 1, 1970, by the Native Sons of the Golden West.


Erected 1970 by Native Sons of the Golden West.

Topics and series. This historical marker is listed in these topic lists: Communications • Waterways & Vessels. In addition, it is included in the Lighthouses, and the Native Sons/Daughters of the Golden West series lists. 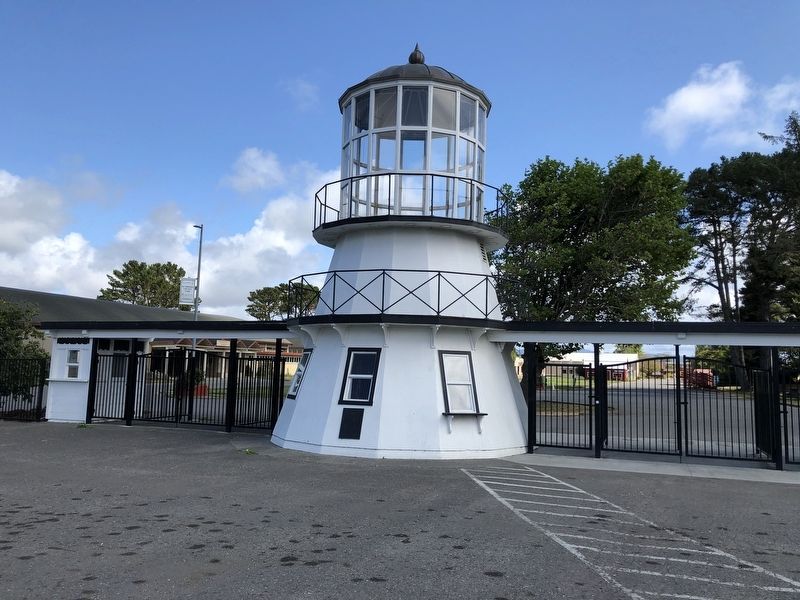