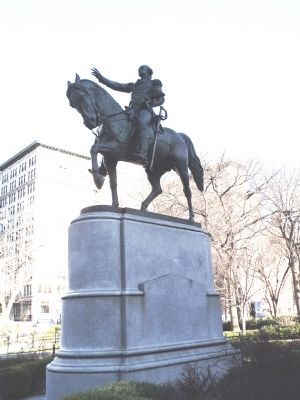 More about this marker. Monument consists of a bronze equestrian statue of Washington atop a granite base. 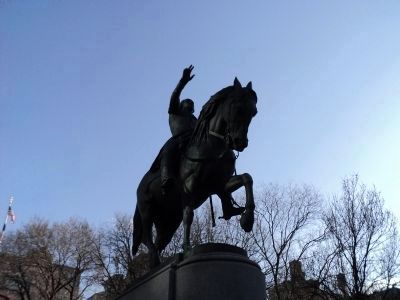 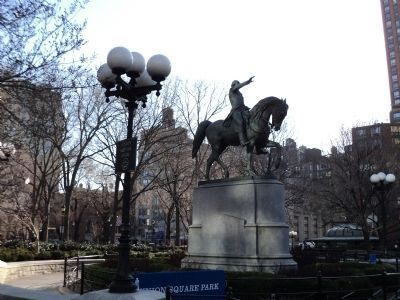 By Bill Coughlin, March 26, 2011
3. Monument in Union Square Park
The statue of Washington was created by Henry Kirke Brown in 1867 and was cast at the Ames foundry in Chicopee, Massachusetts. The granite base was designed by Richard Upjohn. 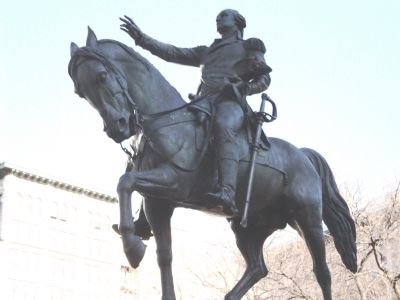 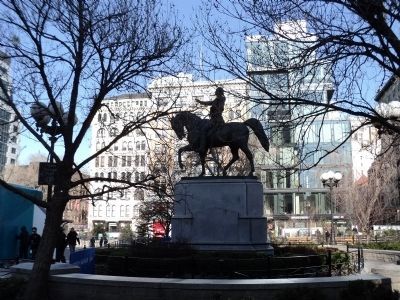