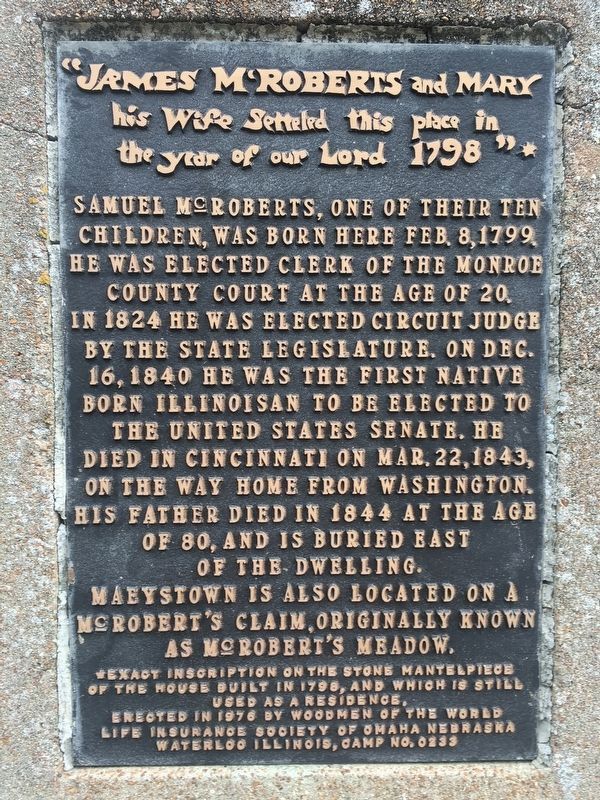 Samuel McRoberts, one of their ten children, was born her Feb. 8, 1799. He was elected clerk of the Monroe County court at the age of 20. In 1824 he was elected circuit judge by the state legislature. On Dec. 16, 1840, he was the first nativeborn Illinoisan to be elected to the United States Senate. He died in Cincinnati on Mar. 22, 1843, on the way home from Washington. His father died in 1844 at the age of 80 and is buried east of the dwelling. Maeystown is also located on a McRobert's claim, originally known as McRobert's Meadow.

*Exact inscription on the stone mantelpiece of the house built in 1798, and which is still used as a residence.

Erected 1976 by Woodmen of the World Life Insurance Society of Omaha Nebraska Waterloo Illinois, Camp no. 0233.

Other nearby markers. At least 8 other markers are within 5 miles of this marker, measured as the crow flies 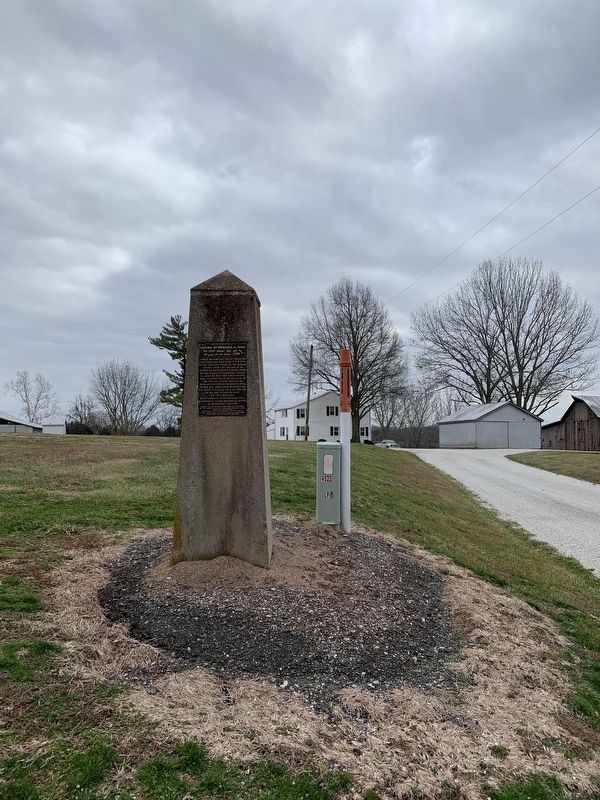 Categories. • Government & Politics • Settlements & Settlers •
More. Search the internet for "James McRoberts and Mary his wife settled this place in the year of our Lord 1798"*.