St. John's and the Wider World 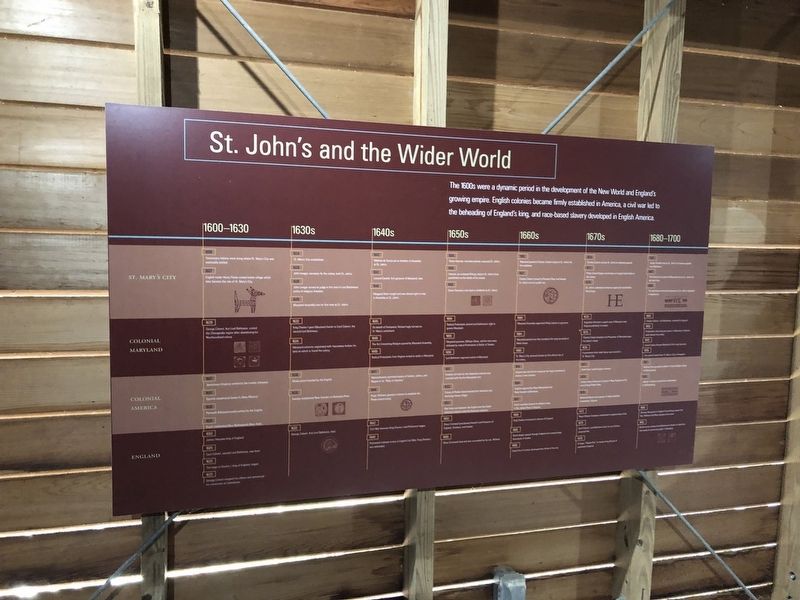 The 1600s were a dynamic period in the development of the New World and England's growing empire. English colonies became firmly established in America, a civil ware led to the beheading of England's king, and race-based slavery developed in English America.

More about this marker. Marker is inside the open air structure at the entrance of the museum.