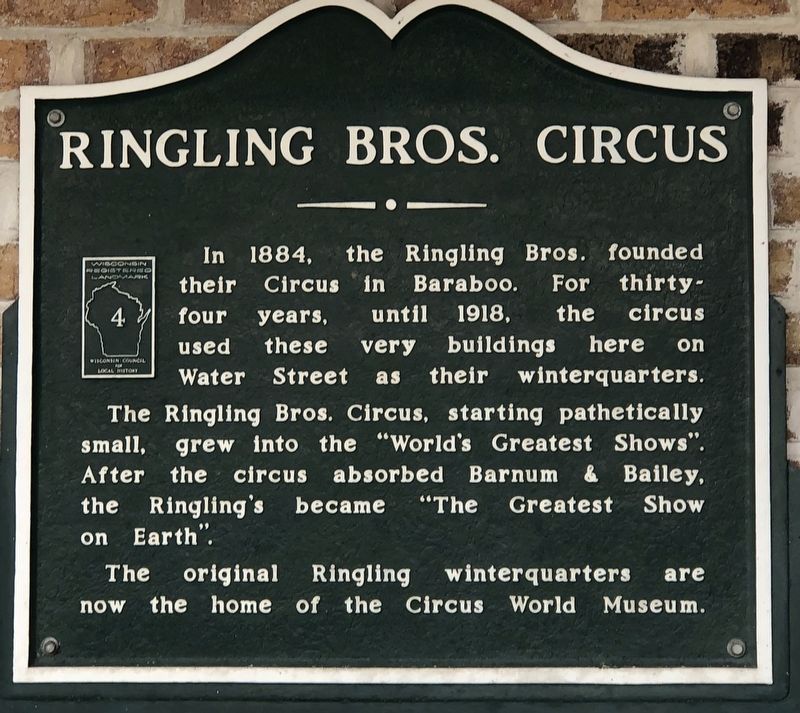 In 1884, the Ringling Bros. founded their Circus in Baraboo. For thirty-four years, until 1918, the circus used these very buildings here on Water Street as their winterquarters.

The original Ringling winterquarters are now the home of the Circus World museum.

Location. 43° 28.011′ N, 89° 44.133′ W. Marker is in Baraboo, Wisconsin, in Sauk County. Marker is at the intersection of Water Street (Highway 113) and Elizabeth Street on Water Street. Located on the Circus World Museum grounds. Touch for map. Marker is at or near this postal address: 506 Water Street, Baraboo WI 53913, United States of America. Touch for directions. 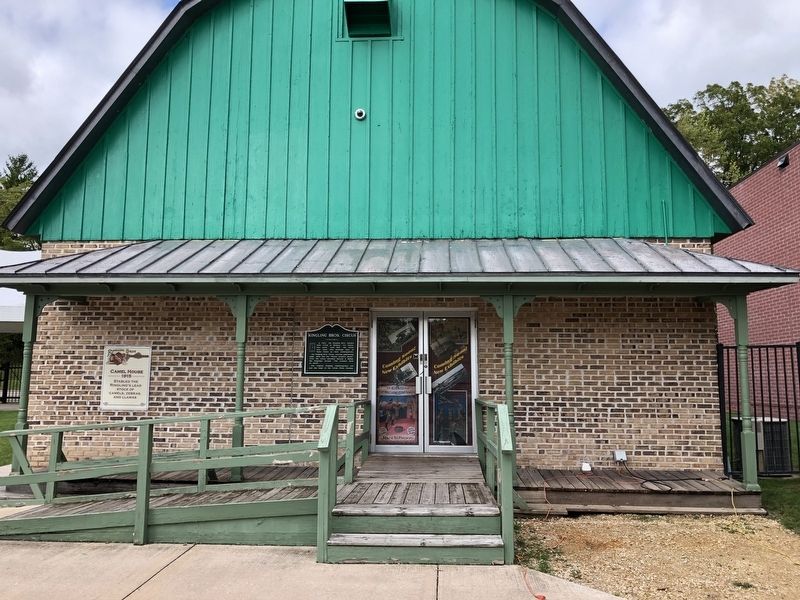 More about this marker. The Circus World Museum is open Monday through Friday year round and weekends during the summer. 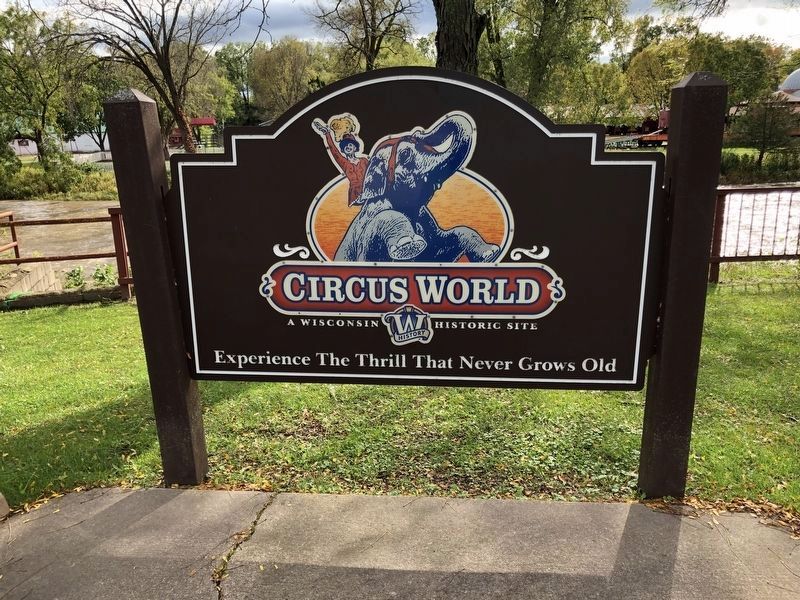