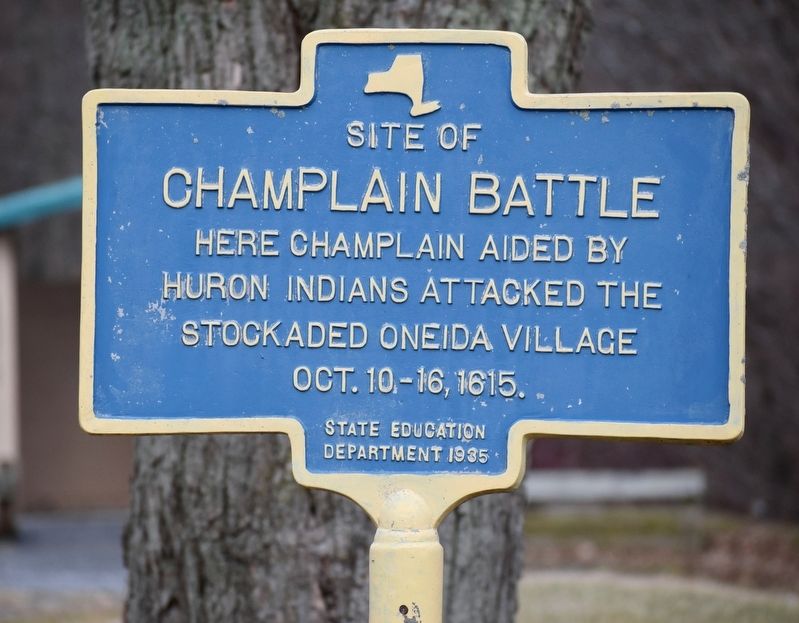 Location. 43° 0.162′ N, 75° 44.502′ W. Marker is in Canastota, New York, in Madison County. Marker is on Nichols Pond Road 0.4 miles north of W Mile Strip Road, on the left when traveling north. Marker is located at entrance to Nichols Pond County Park. Touch for map. Marker is in this post office area: Canastota NY 13032, United States of America. Touch for directions. 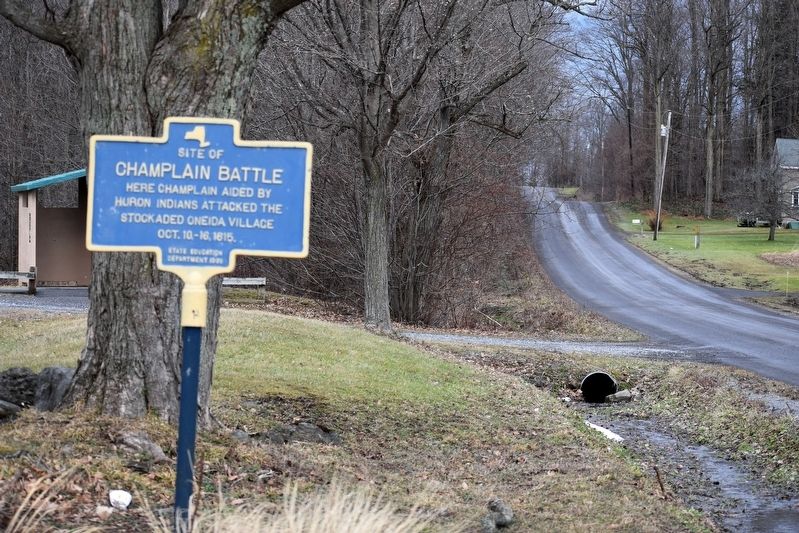 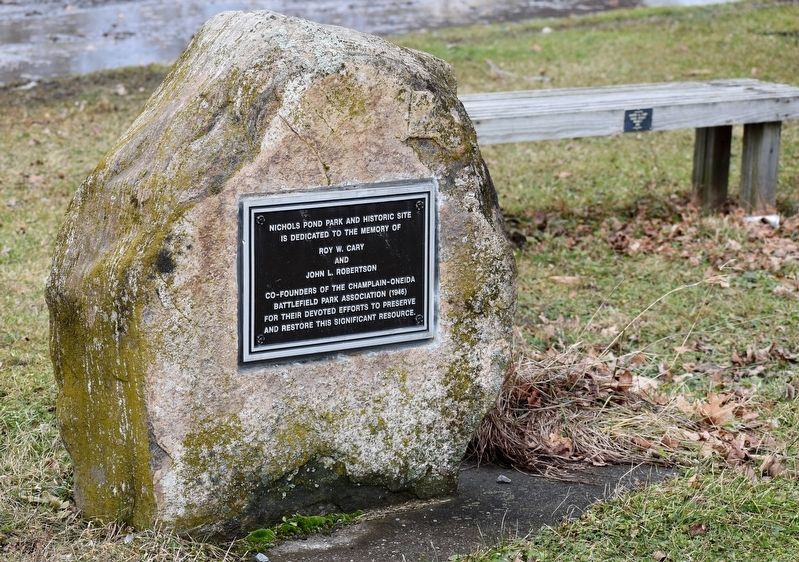 By Mollie, January 11, 2020
3. Stone Below Champlain Battle Marker
Nichols Pond Park and Historic Site is dedicated to the memory of Roy W. Cary and John L. Robertson, co-founders of the Champlain-Oneida Battlefield Park Association (1946), for their devoted efforts to preserve and restore this significant resource. 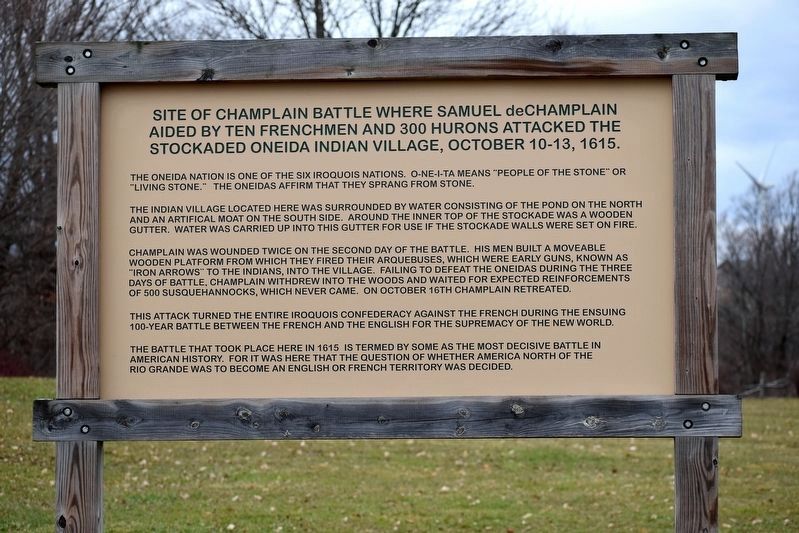 By Mollie, January 11, 2020
4. Adjacent Champlain Battle Sign
Site of Champlain Battle where Samuel de Champlain aided by ten Frenchmen and 300 Hurons attacked the stockaded Oneida Indian Village, October 10-13, 1615.
The Oneida Nation is one of the six Iroquois Nations. O-NE-I-TA means "People of the Stone" or "Living Stone." The Oneidas affirm that they sprang from stone.
The Indian village located here was surrounded by water consisting of the pond on the north and an artificial moat on the south side. Around the inner top of the stockade was a wooden gutter. Water was carried up into this gutter for use if the stockade walls were set on fire.
Champlain was wounded twice on the second day of the battle. His men built a moveable wooden platform from which they fired their arquebuses, which were early guns, known as "iron arrows" to the Indians, into the village. Failing to defeat the Oneidas during the three days of battle, Champlain withdrew into the woods and waited for expected reinforcements of 500 Susquehannocks, which never came. On October 16th, Champlain retreated.
This attack turned the entire Iroquois Confederacy against the French during the ensuing 100-year battle between the French and the English for the supremacy of the New World.
The battle that took place here in 1615 is termed by some as the most decisive battle in American history. For it was here that the question of whether America north of the Rio Grande was to become an English or French territory was decided.
More. Search the internet for Champlain Battle.