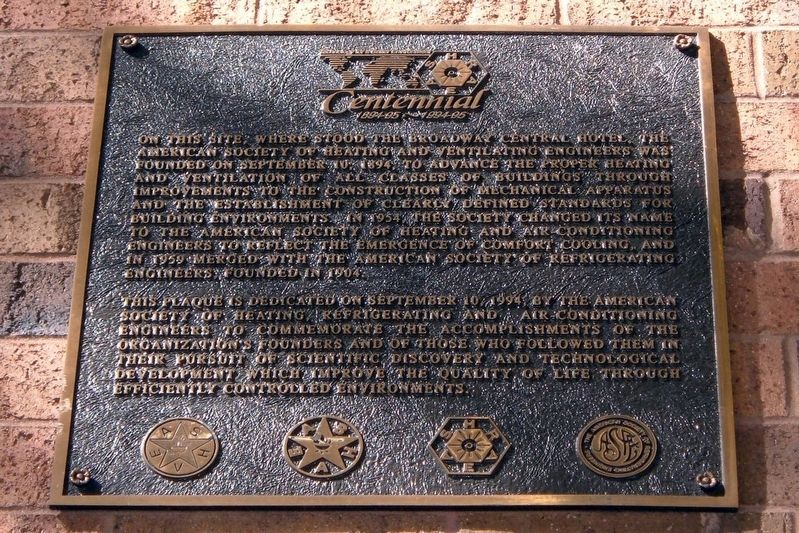 By Larry Gertner, 2007
1. ASHRAE Centennial 1894-95 – 1994-95 Marker
Inscription.
ASHRAE Centennial 1894-95 – 1994-95. . On this site, where stood the Broadway central Hotel, the American Society of Heating and Ventilation Engineers was founded on September 10, 1894 to advance the proper heating and ventilation of all classes of buildings through improvements to the construction of mechanical apparatus and the establishment of clearly defined standards for building environments. In 1954, the society changed its name to the American Society of Heating and Air Conditioning Engineers to reflect the emergence of comfort cooling, and in 1959 merged with the American Society of Refrigerating Engineers, founded in 1904.

This plaque is dedicated on September 10, 1994 by the American Society of Heating, Refrigerating and Air Conditioning Engineers to commemorate the accomplishments of the organization’s founders and of those who followed them in their pursuit of Scientific discovery and technological development which improve the quality of life through efficiently controlled environments. 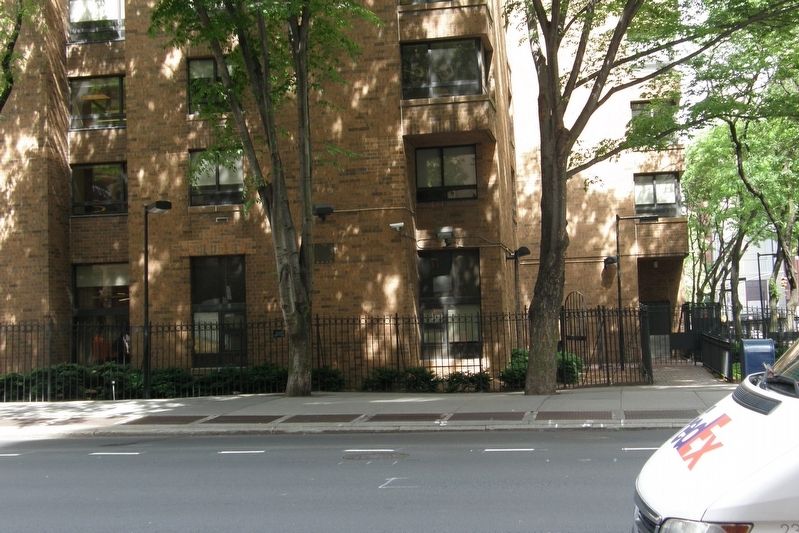 By Larry Gertner, June 8, 2017
2. Marker location
Marker is visible at screen center, SW corner of Broadway and West 3rd Street.
40° 43.665′ N, 73° 59.704′ W. Marker is in New York, New York, in New York County. Marker is at the intersection of Broadway and West 3rd Street, on the right when traveling south on Broadway. Touch for map. Marker is in this post office area: New York NY 10012, United States of America. Touch for directions. 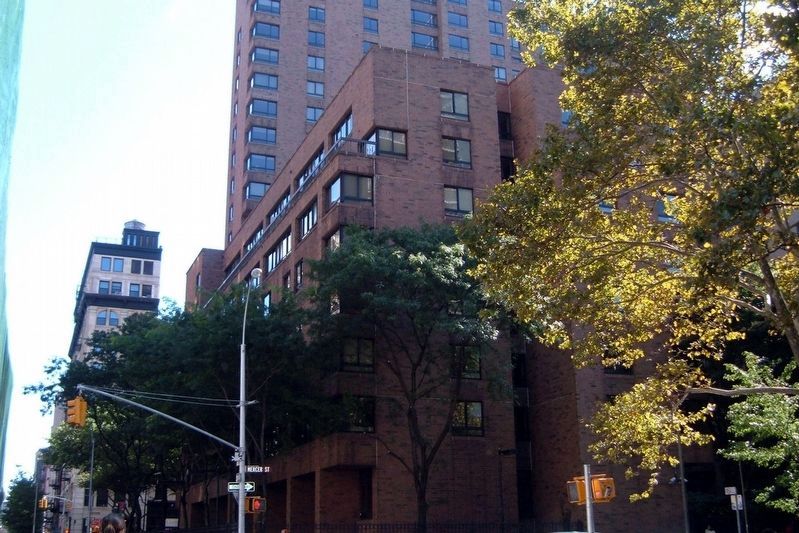