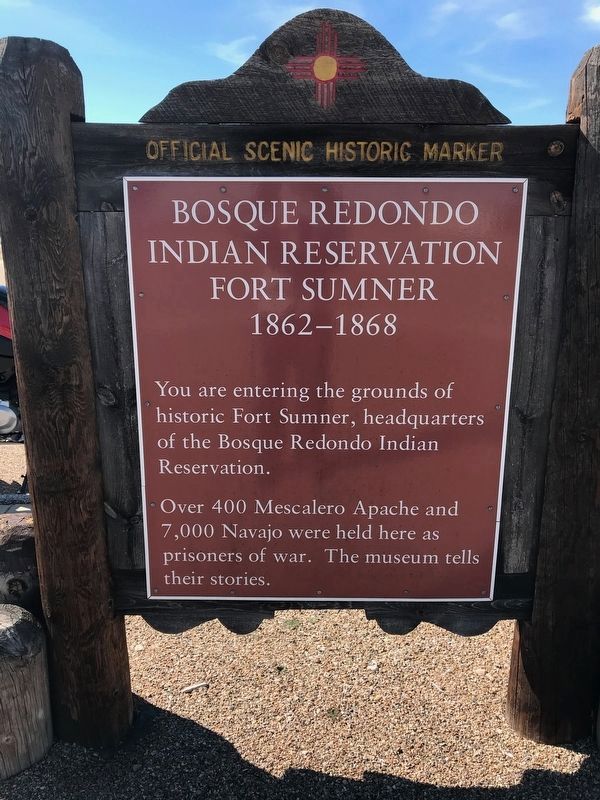 You are entering the grounds of historic Fort Sumner, headquarters of the Bosque Redondo Indian Reservation.

Over 400 Mescalero Apache and 7,000 Navajo were held here as prisoners of war. The museum tells their stories.

Topics. This historical marker is listed in these topic lists: Forts and Castles • Native Americans • Wars, US Indian. A significant historical year for this entry is 1862.

Location. 34° 24.12′ N, 104° 11.648′ W. Marker is near Fort Sumner, New Mexico, in De Baca County. Marker is on State Road 272 south of State Road 212, on the right when traveling south. This marker is located in the parking lot of the Bosque Redondo Memorial Park. Touch for map. Marker is at or near this postal address: State Route 272, Fort Sumner NM 88119, United States of America. Touch for directions.

Other nearby markers. At least 5 other markers are within 7 miles of this marker, measured as the crow flies. Lucien Bonaparte Maxwell (about 700 feet away, measured in a direct line); Old Fort Sumner and “Billy the Kid’s” Grave (approx. 0.2 miles away); a different marker also named Bosque Redondo Indian Reservation (approx. 3.7 miles 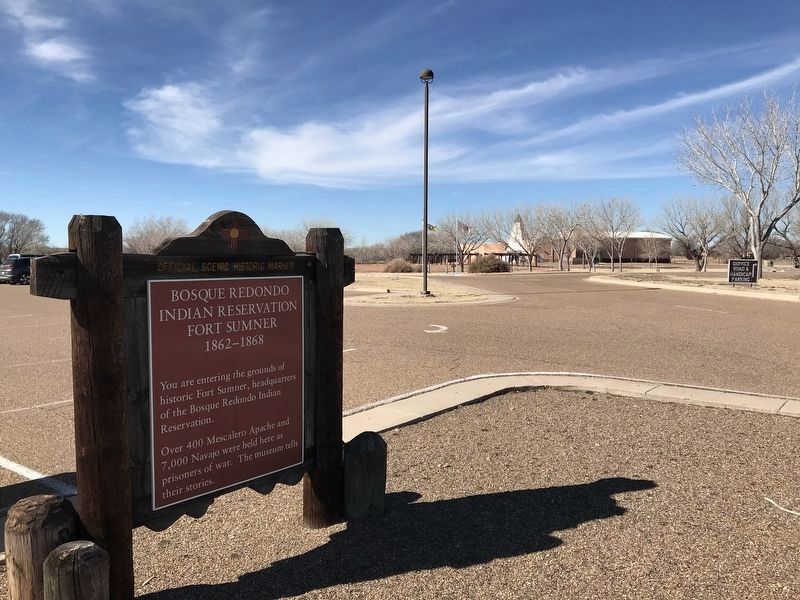 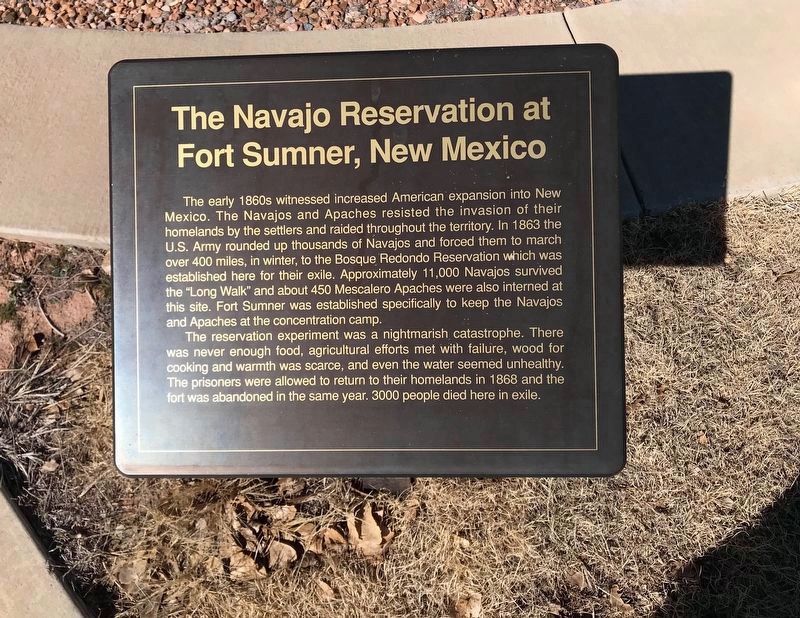 By Sandy Ballard, February 1, 2020
3. An additional nearby marker for the Navajo Reservation at Fort Sumner
The Navajo Reservation at Fort Sumner, New Mexico
The early 1860s witnessed increased American expansion into New Mexico. The Navajos and Apaches resisted the invasion of their homelands by the settlers and raided throughout the territory. In 1863 the U.S. Army rounded up thousands of Navajos and forced them to march over 400 miles, in winter, to the Bosque Redondo Reservation which was established here for their exile. Approximately 11,000 Navajos survived the “Long Walk” and about 450 Mescalero Apaches were also interned at this site. Fort Sumner was established specifically to keep the Navajos and Apaches at the concentration camp.

The reservation experiment was a nightmarish catastrophe. There was never enough food, agricultural efforts met with failure, wood for cooking and warmth was scarce, and even the water seemed unhealthy. The prisoners were allowed to return to their homelands in 1868 and the fort was abandoned in the same year. 3000 people died here in exile. 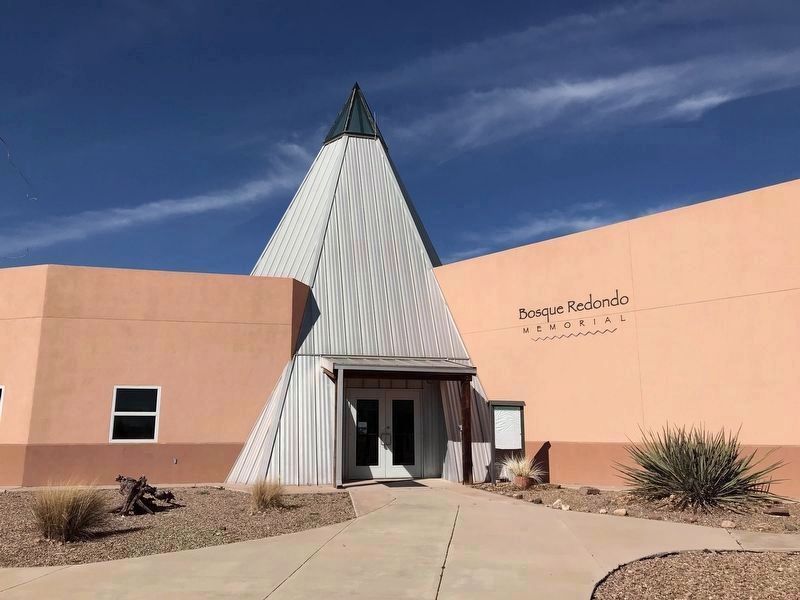