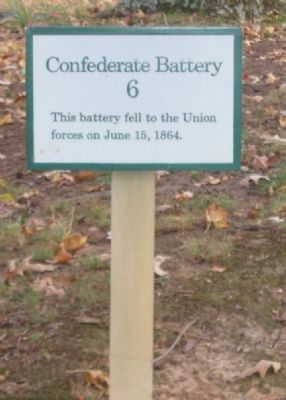 Topics. This historical marker is listed in this topic list: War, US Civil. A significant historical date for this entry is June 15, 1864.

Location. 37° 14.58′ N, 77° 21.345′ W. Marker is near Prince George, Virginia, in Prince George County. Marker is on Petersburg Tour Road, on the right when traveling north. Located across from the visitor center parking area at Petersburg National Battlefield. Touch for map. Marker is at or near this postal address: 5001 Siege Rd, Prince George VA 23875, United States of America. Touch for directions. 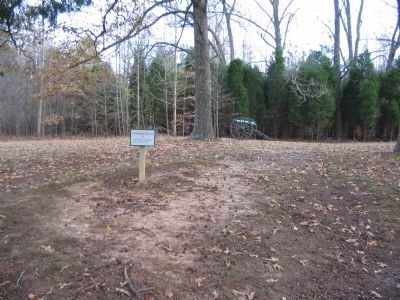 Photographed By Craig Swain, November 22, 2008
2. Confederate Battery 6
The ramparts and trenches are not as well preserved here as at Battery 5.

Click or scan to see
this page online
site discussing battle. (Submitted on December 22, 2008, by Craig Swain of Leesburg, Virginia.) 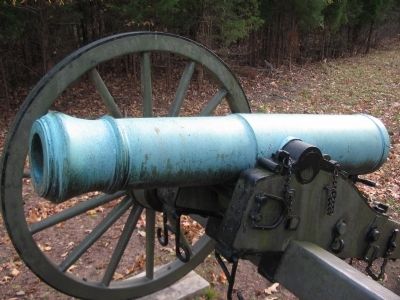 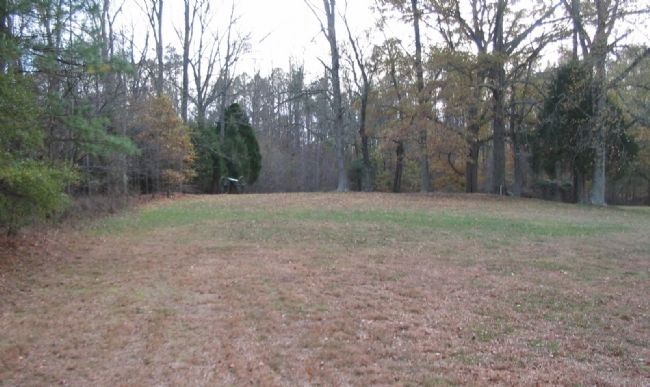