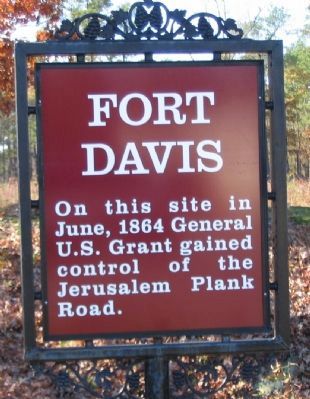 On this site in June, 1864 General U.S. Grant gained control of the Jerusalem Plank Road.

Topics and series. This historical marker is listed in this topic list: War, US Civil. In addition, it is included in the Former U.S. Presidents: #18 Ulysses S. Grant series list. A significant historical month for this entry is June 1864. 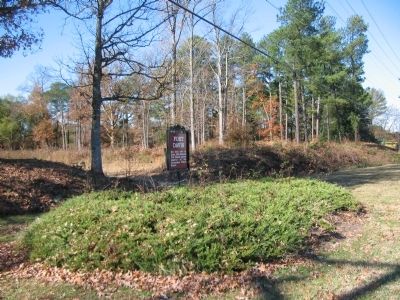 Click or scan to see
this page online
Joshua L. Chamberlain Promoted “On The Spot” (approx. 1½ miles away). Touch for a list and map of all markers in Petersburg.

Also see . . .  The Siege of Petersburg. Page offering details of the various stages of the siege. (Submitted on December 24, 2008, by Craig Swain of Leesburg, Virginia.) 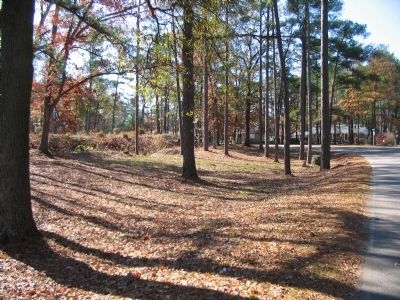 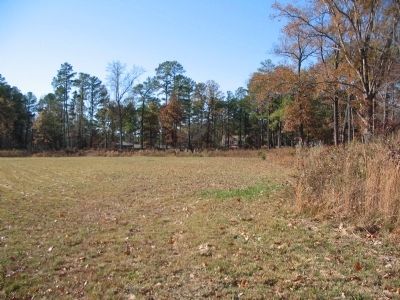