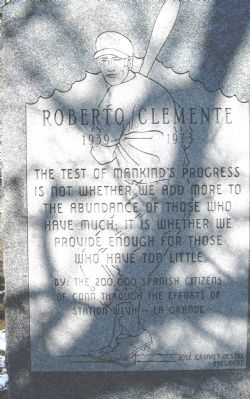 By Michael Herrick, February 1, 2010
1. Roberto Clemente Marker
Inscription.
Roberto Clemente. The test of mankind's progress is not whether we add more to the abundance of those who have much; it is whether we provide enough for those who have too little. . This historical marker was erected by The 200,000 Spanish citizens of Conn. through the efforts of station WLVH - La Grande, Jose Grimalt Mestre, President. It is in Bridgeport in Fairfield County Connecticut

Erected by The 200,000 Spanish citizens of Conn. through the efforts of station WLVH - La Grande, Jose Grimalt Mestre, President.

Location. 41° 9.664′ N, 73° 11.876′ W. Marker is in Bridgeport, Connecticut, in Fairfield County. Marker can be reached from Waldemere Avenue west of Iranistan Avenue, on the left when traveling west. Located next to the ballfields in Seaside Park. Touch for map. Marker is in this post office area: Bridgeport CT 06604, United States of America. Touch for directions. 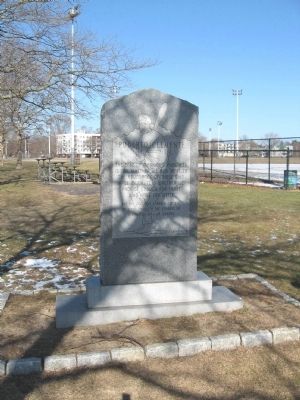 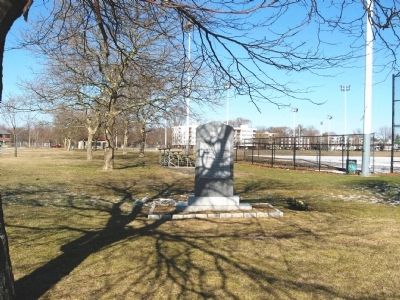