A Brief History of the Old Presbyterian Church in Charles Town 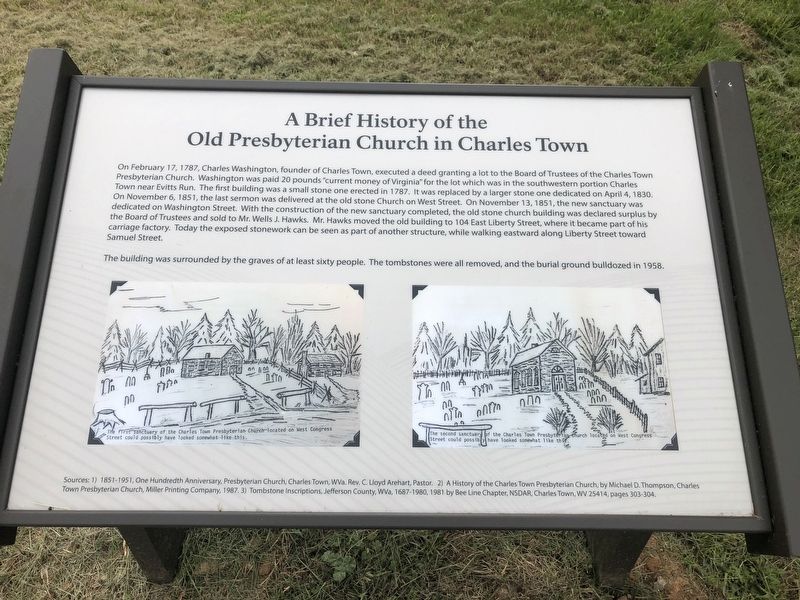 On February 17, 1787, Charles Washington, founder of Charles Town, executed a deed granting a lot to the Board of Trustees of the Charles Town Presbyterian Church. Washington was paid 20 pounds "current money of Virginia" for the lot which was in the southwestern portion Charles Town near Evitts Run. The first building was a small stone one erected in 1787. It was replaced by a larger stone one dedicated on April 4, 1830. On November 6, 1851, the last sermon was delivered at the old stone Church on West Street. On NOvember 13, 1851, the new sanctuary was dedicated on Washington Street. With the construction of the new sanctuary completed, the old stone church building was declared surplus by the Board of Trustees and sold to Mr. Wells J. Hawks. Mr. Hawks moved the old building to 104 East Liberty Street, where it became part of his carriage factory. Today the exposed stonework can be seen as part of another structure, while walking eastward along Liberty Street toward Samuel Street.

The building was surrounded by the graves of at least sixty people. The tombstones were all removed and the burial ground bulldozed in 1958. 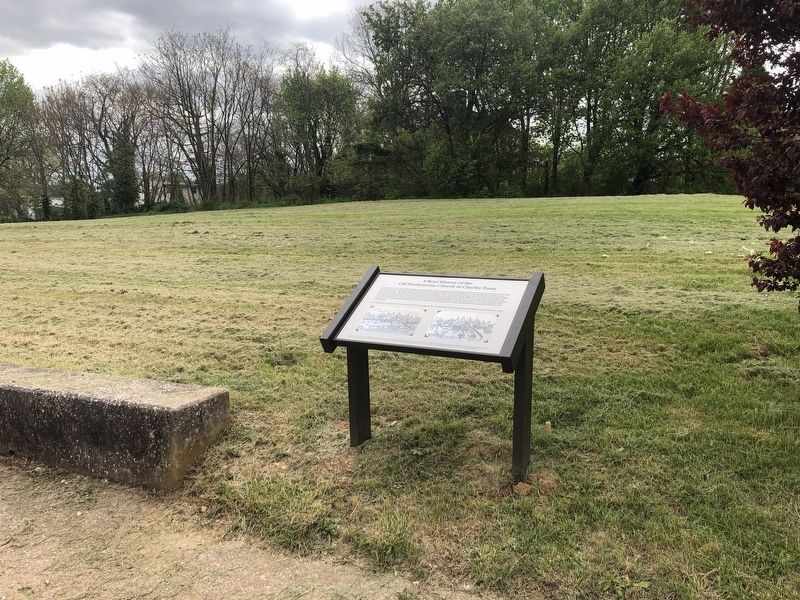 The second sanctuary of the Charles Town Presbyterian Church located on West Congress Street could possibly have looked somewhat like this.