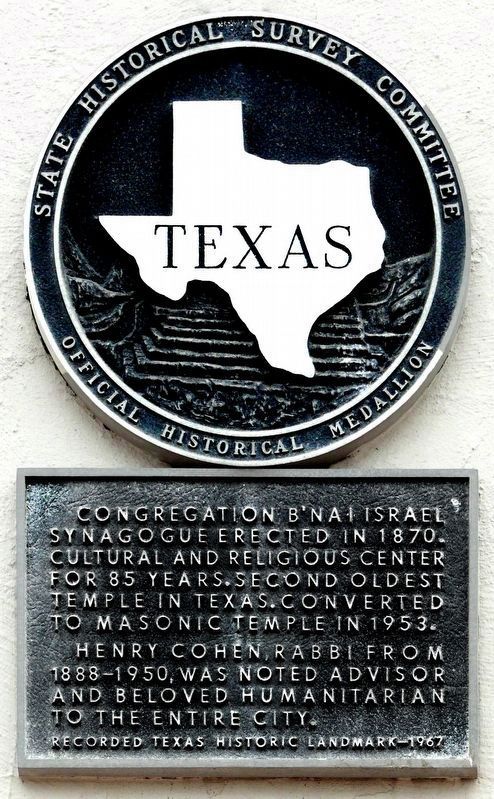 Erected in 1870. Cultural and religious center for 85 years. Second oldest temple in Texas. Converted to Masonic Temple in 1953.

Henry Cohen, rabbi from 1888-1950, was noted advisor and beloved humanitarian to the entire city.

Topics. This historical marker is listed in these topic lists: Churches & Religion • Fraternal or Sororal Organizations. A significant historical year for this entry is 1870. 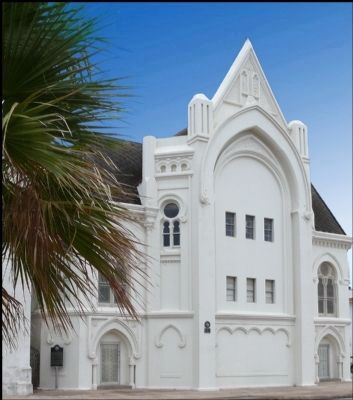