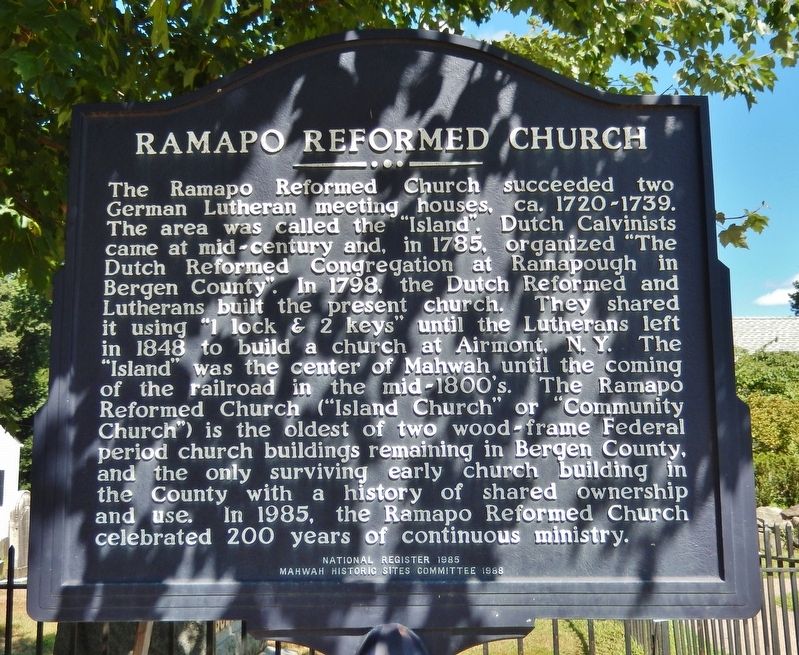 The Ramapo Reformed Church succeeded two German Lutheran meeting houses, ca. 1720-1739. The area was called the “Island.” Dutch Calvinists came at mid-century and, in 1785, organized “The Dutch Reformed Congregation at Ramapough in Bergen County.” In 1798, the Dutch Reformed and Lutherans built the present church. They shared it using “1 lock and 2 keys” until the Lutherans left in 1848 to build a church at Airmont, N.Y. The “Island” was the center of Mahwah until the coming of the railroad in the mid-1800’s. The Ramapo Reformed Church (“Island Church” or “Community Church”) is the oldest of two wood-frame Federal period church buildings remaining in Bergen County, and the only surviving early church building in the County with a history of shared ownership and use. In 1985, the Ramapo Reformed Church celebrated 200 years of continuous ministry. 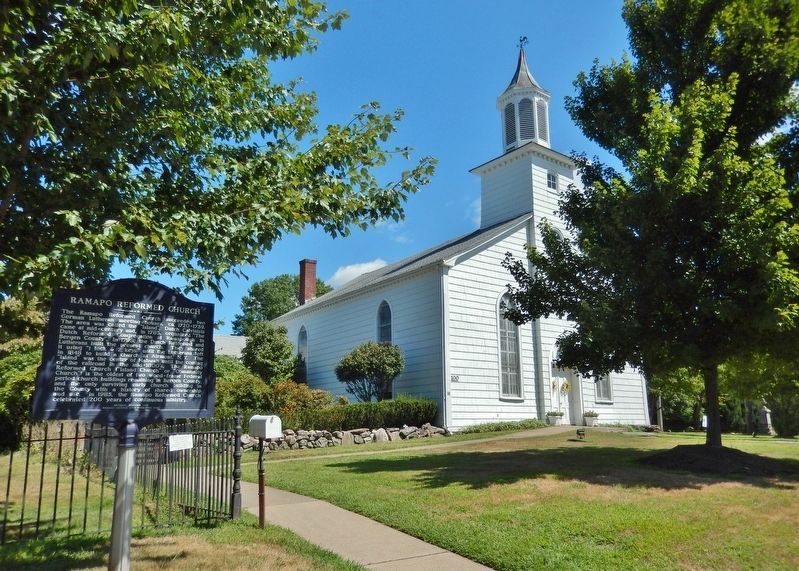 Click or scan to see
this page online
in these topic lists: Architecture • Churches & Religion • Settlements & Settlers. A significant historical year for this entry is 1798.

Location. 41° 5.681′ N, 74° 9.164′ W. Marker is in Mahwah, New Jersey, in Bergen County. Marker is on West Ramapo Avenue just west of Island Road, on the right when traveling west. Marker is located beside the sidewalk, directly in front of the subject church. Touch for map. Marker is at or near this postal address: 100 Island Road, Mahwah NJ 07430, United States of America. Touch for directions. 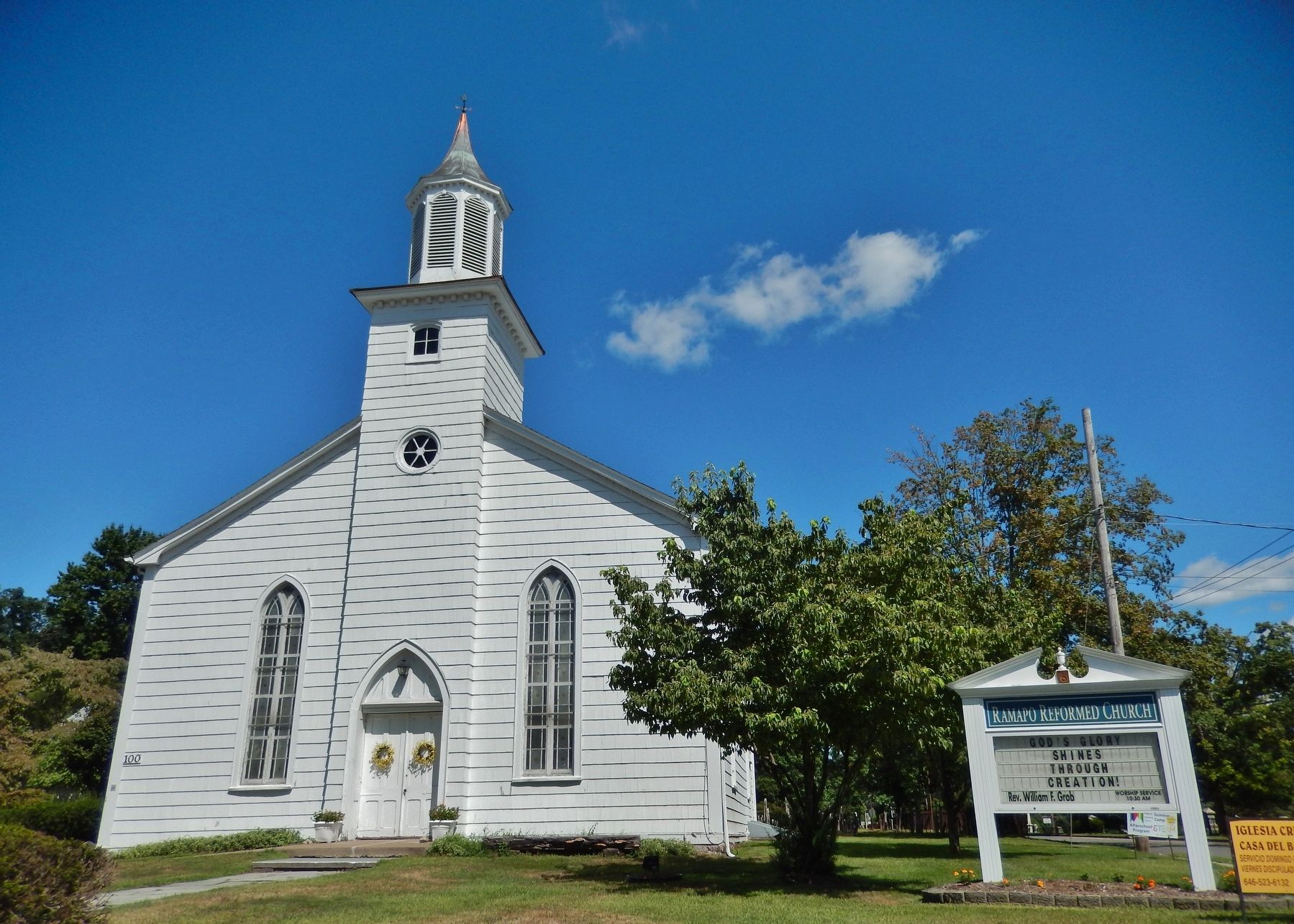 By Cosmos Mariner, August 24, 2019
3. Ramapo Reformed Church
. As soon as its doors opened to the public in 1798, the new Ramapough Meeting House became the heart of the daily activities. Social gatherings and civic meetings were held here all week long, and personal and official notices were posted on the doors. But on the Sabbath (from sundown Saturday to sundown Sunday) the building became a sacred place. In 1798, when pews and people were smaller, the Meeting House held 385 people. (Today, it holds 250). Though the old box-type pews are gone from the sanctuary, the gallery seats above still exist. (Submitted on May 22, 2020, by Cosmos Mariner of Cape Canaveral, Florida.)