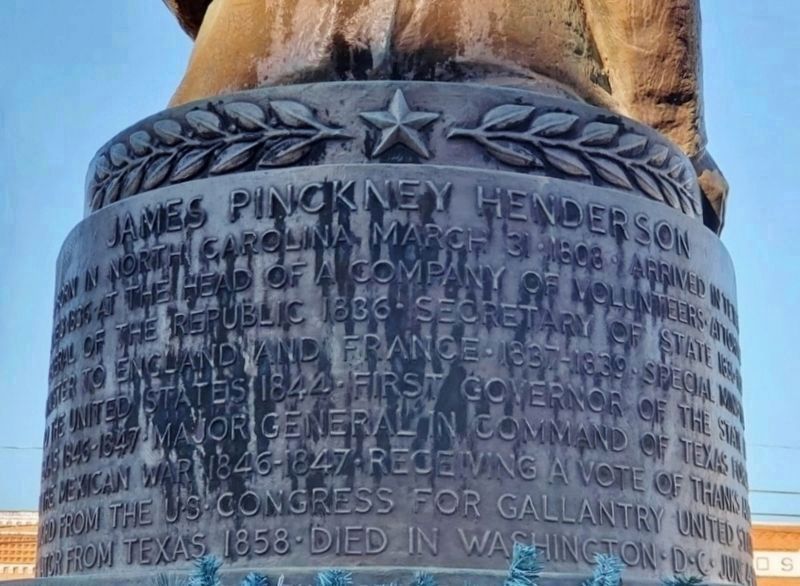 Topics and series. This historical marker is listed in these topic lists: Patriots & Patriotism • Settlements & Settlers • War, Mexican-American. In addition, it is included in the Texas 1936 Centennial Markers and Monuments series list. A significant historical year for this entry is 1808. 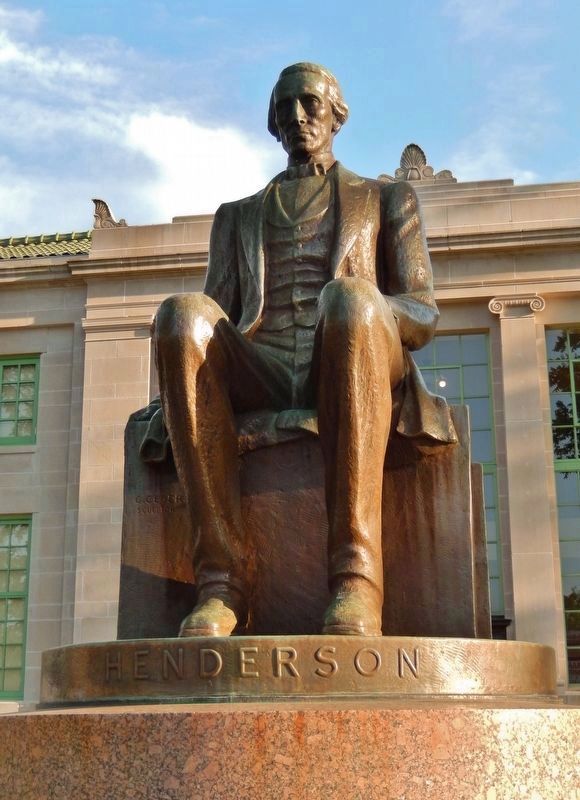 Click or scan to see
this page online
(Farm to Market Road 3230), on the left when traveling west. Monument and statue are located along the walkway, directly in front of the San Augustine County Courthouse. Touch for map. Marker is at or near this postal address: 100 West Columbia Street, San Augustine TX 75972, United States of America. Touch for directions.

Also see . . .
1. James Pinckney Henderson (Wikipedia). Upon his graduation from law school at the University of North Carolina, Henderson studied 18 hours a day to pass his bar exam and was admitted to the North Carolina State Bar in 1829. Shortly after becoming a lawyer, Henderson served in the North Carolina militia, rising to the rank of colonel. In 1835, Colonel Henderson moved to Canton, Mississippi where he opened a law practice. His attention soon turned to the Texas struggle against Mexico. Henderson began making speeches to raise money and an 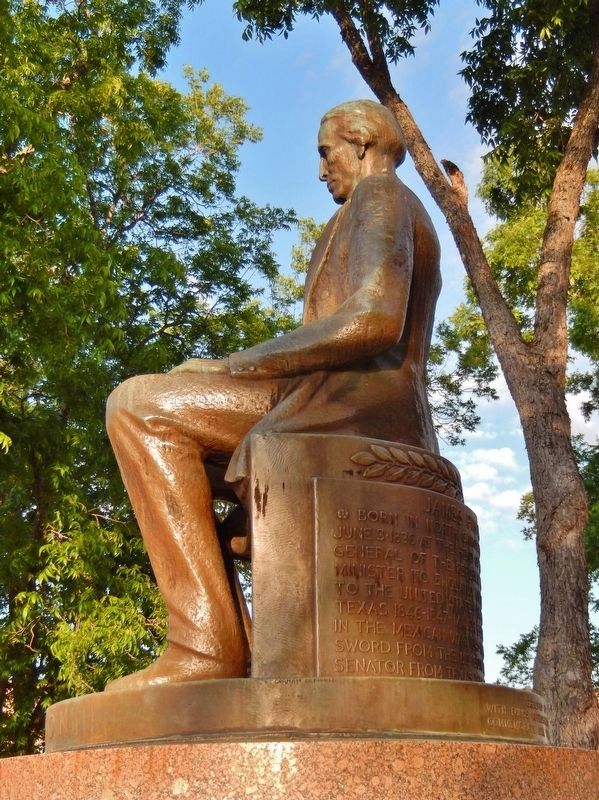 Photographed By Cosmos Mariner, May 24, 2014
3. James Pinckney Henderson Statue
(west side)
army to go to the aid of the Texas cause. (Submitted on June 22, 2020, by Cosmos Mariner of Cape Canaveral, Florida.)

2. James Pinckney Henderson. Henderson was a member of the Convention of 1845, was elected governor of Texas in November 1845, and took office in February 1846. With the declaration of the Mexican War and the organization of Texas volunteers, the governor asked permission of the legislature to take personal command of the troops in the field. He led the Second Texas Regiment at the battle of Monterrey and was appointed a commissioner to negotiate for the surrender of that city. (Submitted on June 21, 2020, by Cosmos Mariner of Cape Canaveral, Florida.)

3. James Pinckney Henderson. After election by the Texas legislature to the United States Senate to succeed Thomas J. Rusk, Henderson served in the Senate from November 9, 1857, until his death, on June 4, 1858. He was buried in the Congressional Cemetery, Washington. In 1930 his remains were reinterred in the State Cemetery in Austin. Henderson County, established in 1846, was named in his honor. (Submitted on June 22, 2020, by Cosmos Mariner of Cape Canaveral, Florida.) 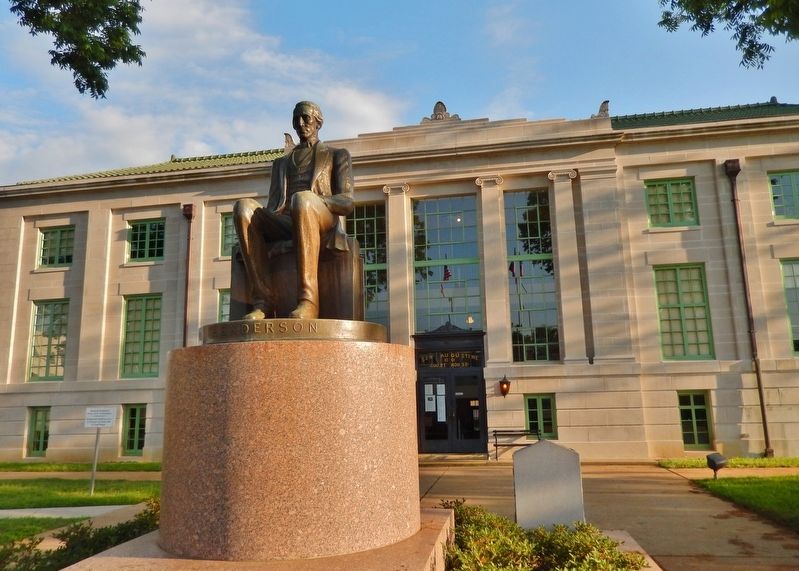 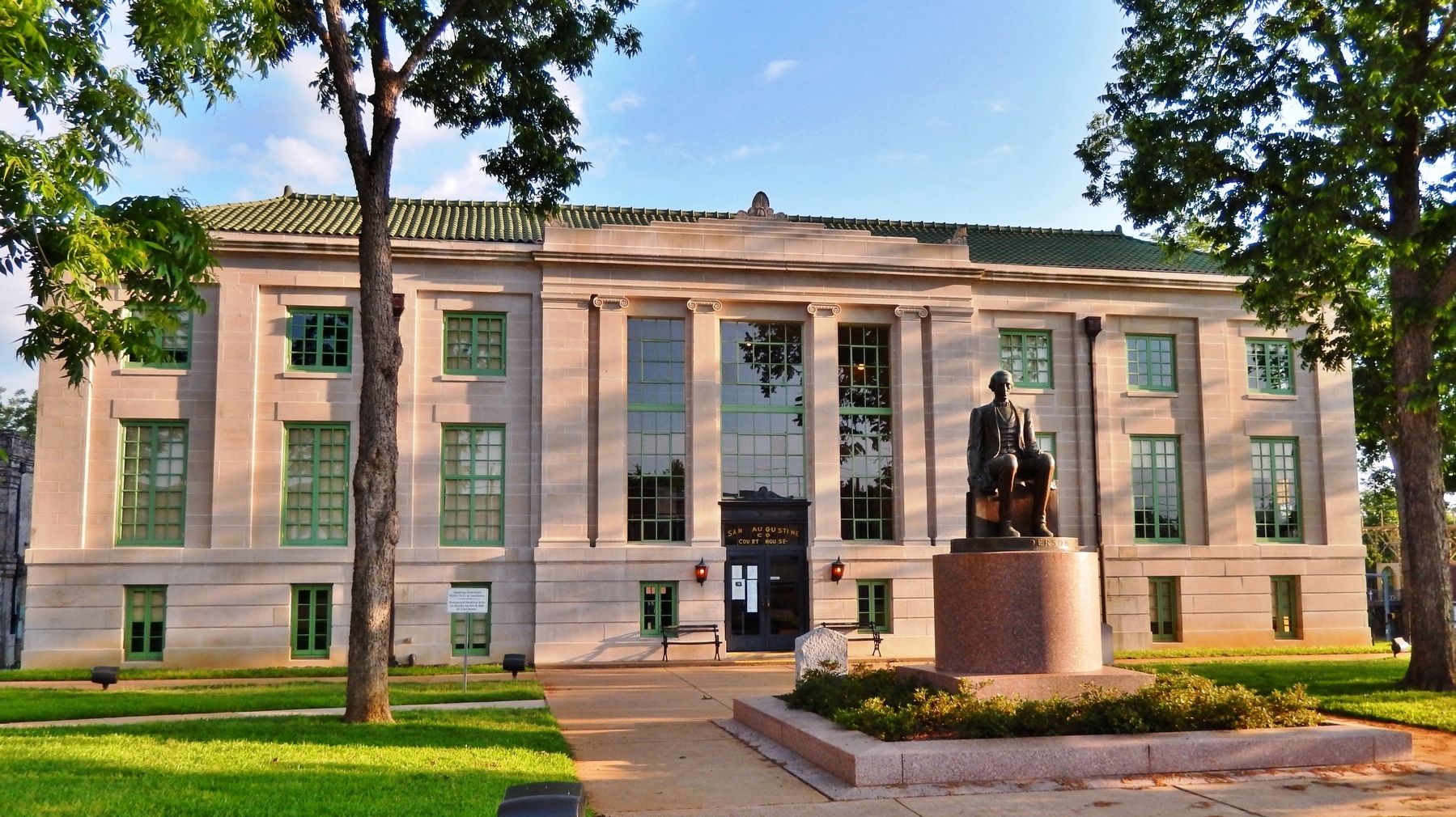