Original Site of the Coca-Cola Bottling Company of Dallas 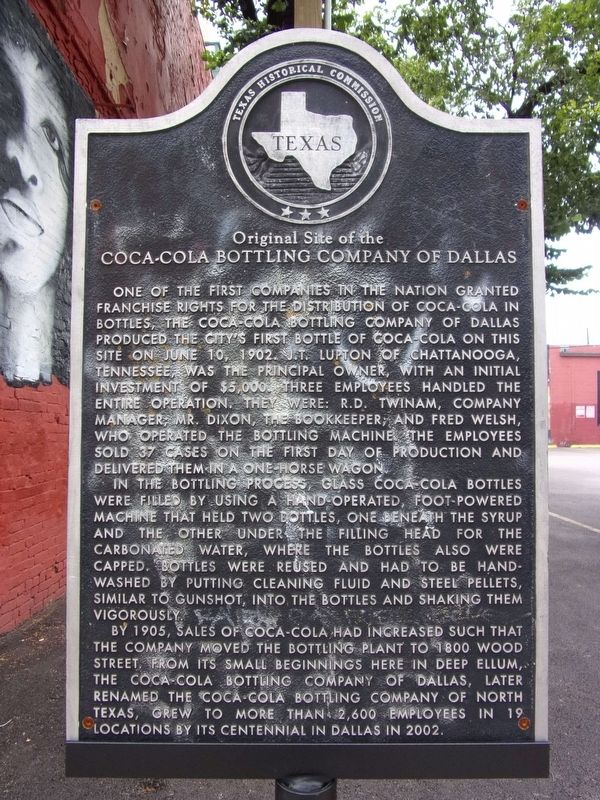 One of the first companies in the nation granted franchise rights for the distribution of Coca-Cola in bottles, the Coca-Cola Bottling Company of Dallas produced the city's first bottle of Coca-Cola on this site on June 10, 1902. J.T. Lupton of Chattanooga, Tennessee, was the principal owner, with an initial investment of $5,000. Three employees handled the entire operation. They were: R.D. Twinam, company manager; Mr. Dixon, the bookkeeper; and Fred Welsh, who operated the bottling machine. The employees sold 37 cases on the first day of production and delivered them in a one-horse wagon.

In the bottling process, glass Coca-Cola bottles were filled by using a hand-operated, foot-powered machine that held two bottles, one beneath the syrup and the other under the filling head for the carbonated water, where the bottles also were capped. Bottles were reused and had to be hand-washed by putting cleaning fluid and steel pellets, similar to gunshot, into the bottles and shaking them vigorously.

By 1905, sales of Coca-Cola had increased such that the company moved the bottling plant to 1800 Wood Street. From its small beginnings 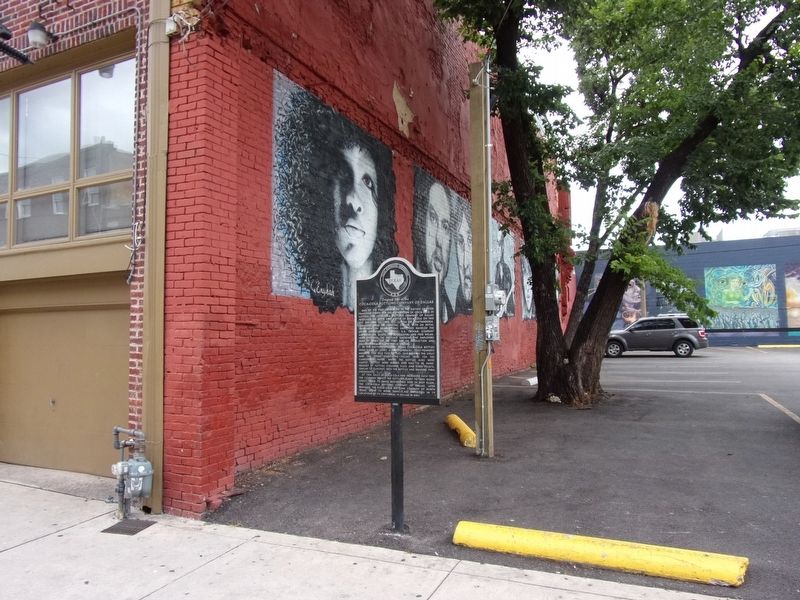