“Once let the black man get upon his person the brass letter, U.S., let him get an eagle on his button, and a musket on his shoulder and bullets in his pocket, there is no power upon earth that can deny that he has earned the right to full citizenship.”
—Frederick Douglas

President Abraham Lincoln’s Emancipation Proclamation signed January 1, 1863 paved the way for recruiting black soldiers for voluntary Union service. By the war’s end, roughly 179,000 soldiers served as United States Colored Troops, while 19,000 served in the Navy. Approximately 40,000 black soldiers died in the Civil War. The USCTs comprised one-tenth of Union manpower with 175 regiments serving in the Union Army. Facing difficult circumstances, they fought with distinction that eventually provided means to bring the end to slavery, to receive full citizenship and to gain the right to vote. 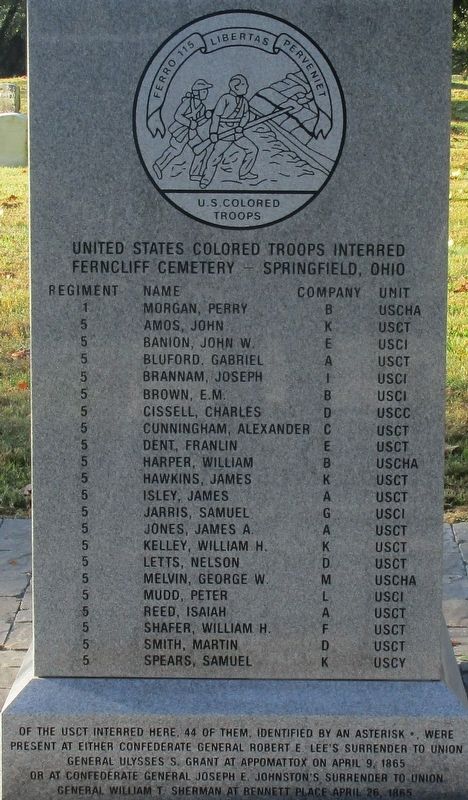 Of the USCT interred here, 45 of them, identified by an asterisk *, were present at either Confederate General Robert E. Lee’s surrender to Union General Ulysses S. grant at Appomattox on April 9, 1865 or at Confederate General Joseph F. Johnston’s surrender to Union General William T. Sherman at Bennett Place April 26, 1865 (34 names on east side)
(38 names on west side)
(55 names on back)

Erected 2020 by Ferncliff Cemetery Association and the Gammon House, Inc. 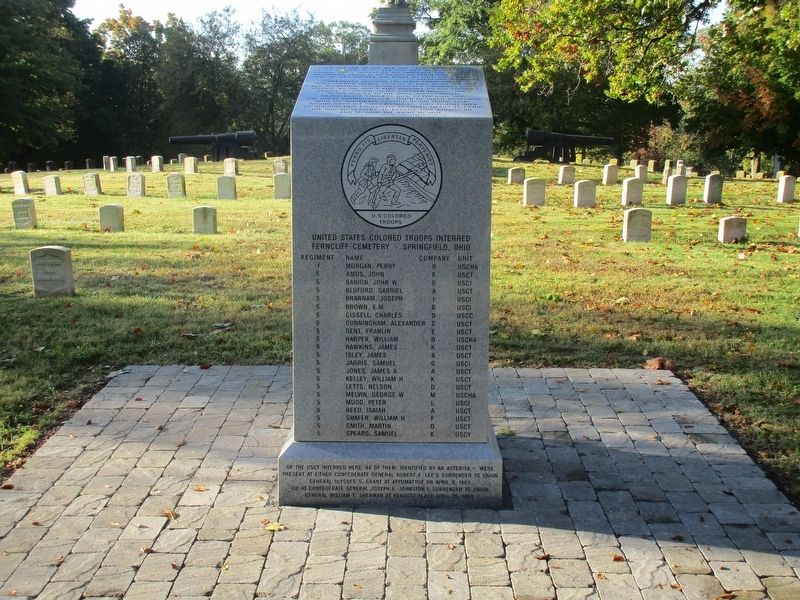 By Rev. Ronald Irick, September 29, 2020
3. United States Colored Troops Marker
full view of new monument, in front of old statue on column
56.266′ N, 83° 49.292′ W. Marker is in Springfield, Ohio, in Clark County. Memorial can be reached from West McCreight Avenue (Ohio Route 41) near St Paris Pike, on the left when traveling west. Located at the Grand Army of the Republic Mound in Ferncliff Cemetery. Touch for map. Marker is at or near this postal address: 501 West McCreight Avenue, Springfield OH 45504, United States of America. Touch for directions. 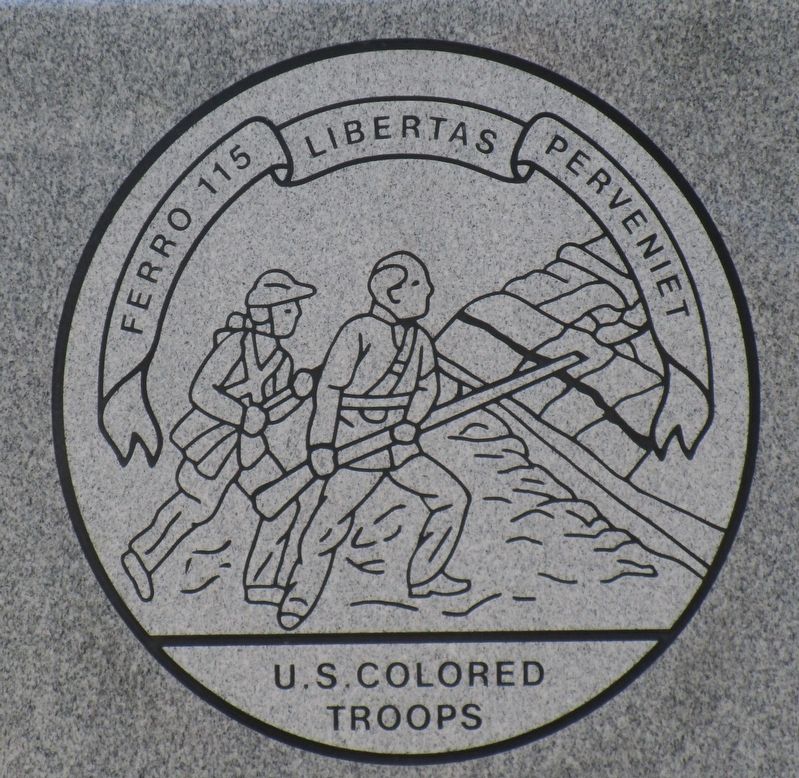