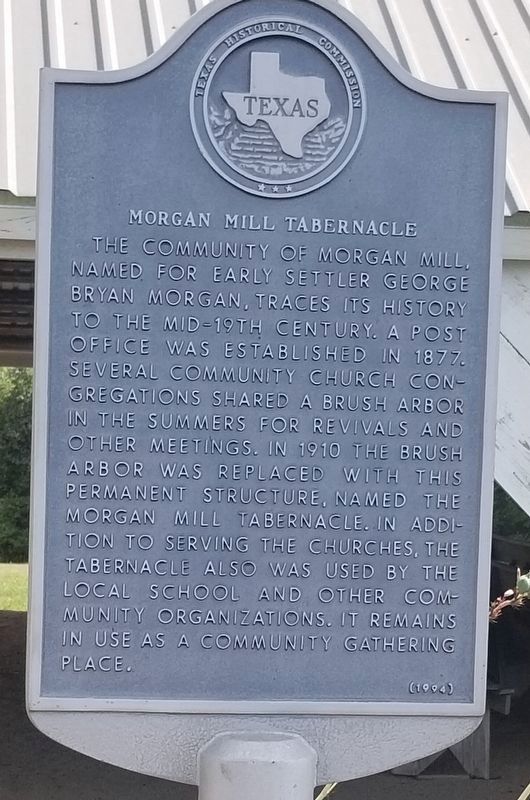 The community of Morgan Mill, named for early settler George Bryan Morgan, traces its history to the mid-19th century. A post office was established in 1877. Several community church congregations shared a brush arbor in the summers for revivals and other meetings. In 1910 the brush arbor was replaced with this permanent structure, named the Morgan Mill Tabernacle. In addition to serving the churches, the tabernacle also was used by the local school and other community organizations. It remains in use as a community gathering place.

Other nearby markers. At least 7 other markers are within 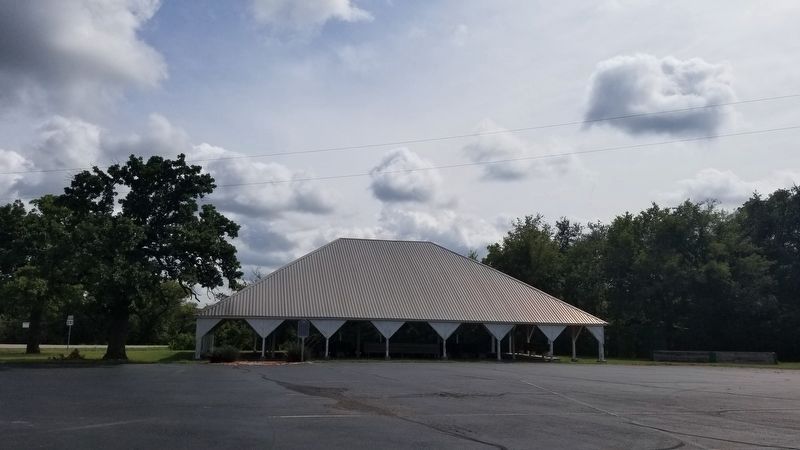 Regarding Morgan Mill Tabernacle. Historic wooden tabernacles were constructed in the late 19th and early 20th century in Texas for a variety of purposes, including religious gatherings, veterans reunions, burials and other community events.  Principally located in north, central and east Texas, these modest timber structures are usually open to the elements, with a gable or hipped roof covering rows of benches.  While a handful are listed as Record Texas Historic Landmarks, most tabernacles go unnoticed and are not protected by local or state regulations. Referenced by PreservationTexas.Org site. 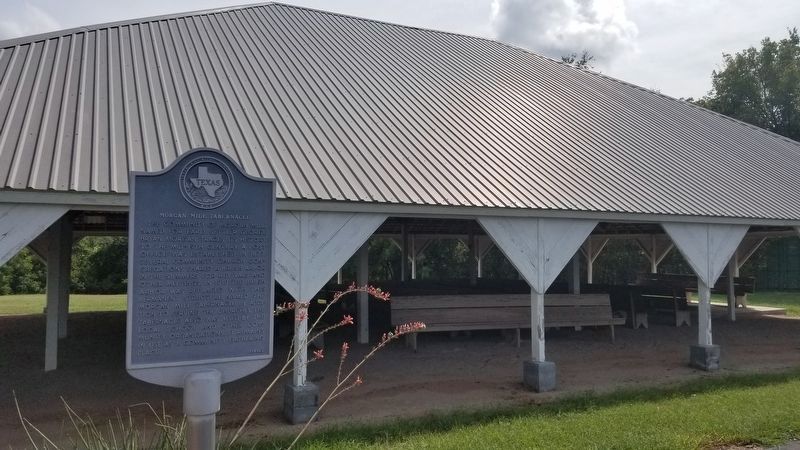