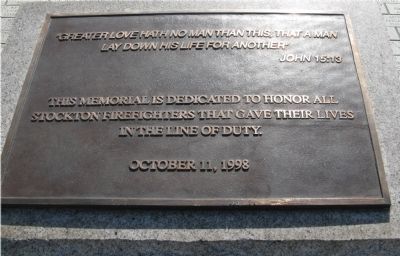 “Greater love hath no man than this, that a man lay down his life for another.”
John 15:13

This memorial is dedicated to honor all Stockton firefighters that gave their lives in the line of duty.

Location. 37° 57.415′ N, 121° 17.587′ W. Marker is in Stockton, California, in San Joaquin County. Marker can be reached from North Center Street. Marker and monument are located at the north end of Weber Point. Touch for map. Marker is in this post office area: Stockton CA 95202, United States of America. Touch for directions. 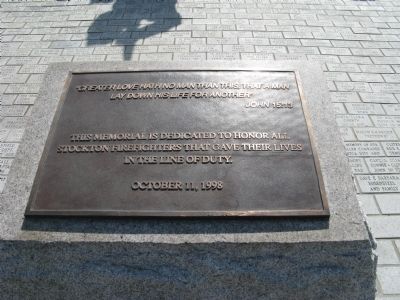 Additional comments.
1. The Firefighters Memorial
The monument is surrounded by "donor bricks" engraved with the names of donors. The names of firefighters who have lost their lives are engraved in bronze plaques and mounted on the monument.
— Submitted February 9, 2009, by Syd Whittle of El Dorado Hills, California. 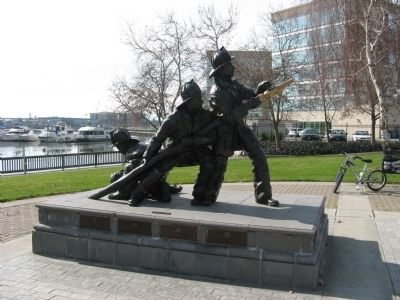 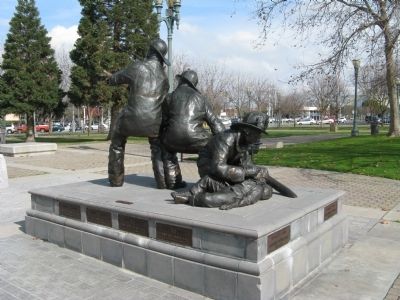