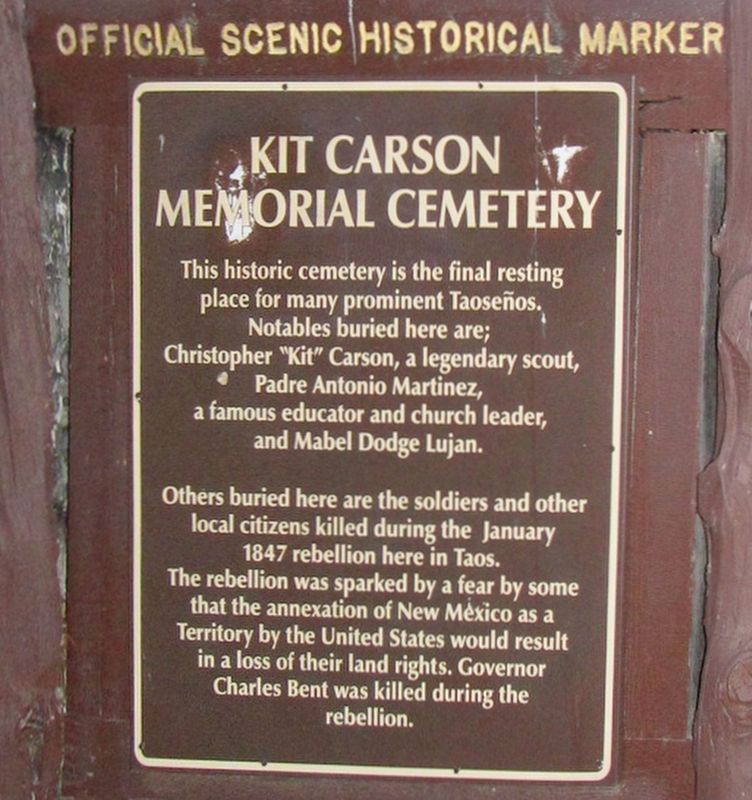 Others buried here are the soldiers and other local citizens killed during the January 1847 rebellion here in Taos. The rebellion was sparked by a fear by some that the annexation of New Mexico as a Territory by the United States would result in a loss of their land rights. Governor Charles Bent was killed during the rebellion.

Erected by the State of New Mexico.

Location. 36° 24.463′ N, 105° 34.201′ W. Marker is in Taos, New Mexico, in Taos County. Marker can be reached from Dragood Lane 0.1 miles north of Kit Carson Road when traveling north. GPS coordinates are for cemetery entrance. Located next to Kit Carson Park. Touch for map. Marker is at or near this postal address: 211 Paseo Del Pueblo Norte, Taos NM 87571, United States of America. Touch for directions. 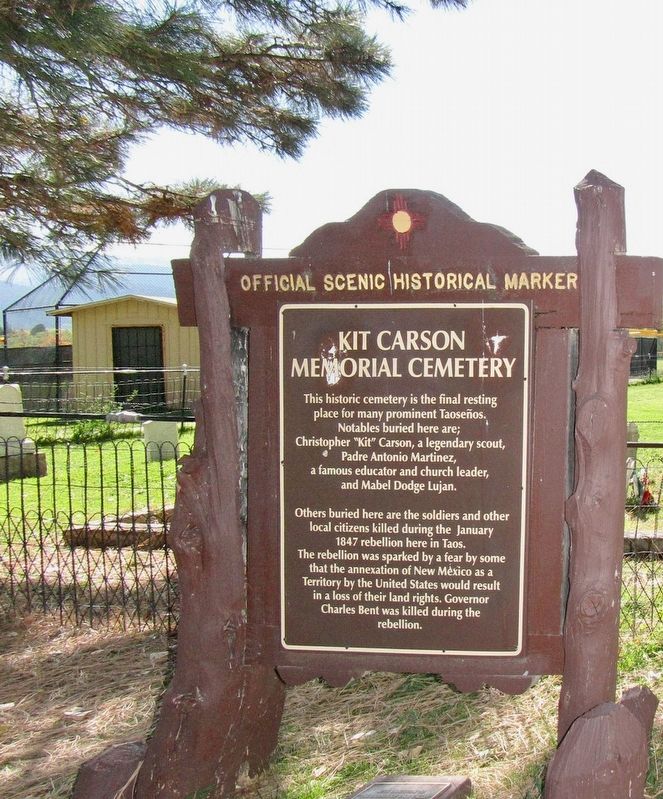 Regarding Kit Carson Memorial Cemetery. This cemetery was opened in 1847, and the most modern burials found are dated 1957. A monument outside the gate at the north end of the cemetery gives this history: "The original cemetery was established in 1847 when Dona Teodora Martinez Romero donated land for the burial of American soldiers and civilians killed during the Taos Rebellion of 1847. The cemetery was first called El Cemeterio Militar.

In 1852, additional land was purchased to enlarge the cemetery which was then the only burial ground for non-Catholics, and was known as the American Cemetery.

In May, 1869, when the bodies of Kit Carson and Mrs. Carson were buried here, the cemetery was called the Kit Carson Cemetery.