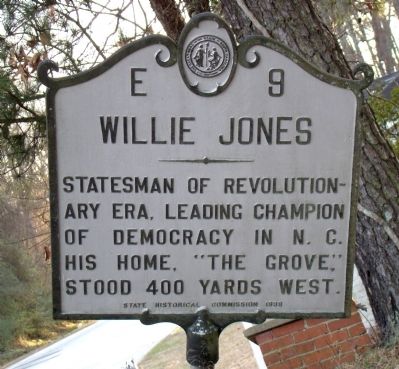 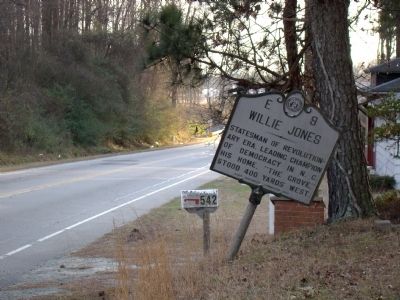 Regarding Willie Jones. His first name is pronounced “Wylie.”

Also see . . .
1. Willie Jones (1741–1801). by Troy L. Kickler, North Carolina History Project. “In great part because of Jones’s influence, the state of North Carolina remained out of the Union in 1788, but returned when it ratified the Constitution in 1789. And because of Jones and men like him, the Bill of Rights was eventually adopted. ” (Submitted on February 17, 2009.)