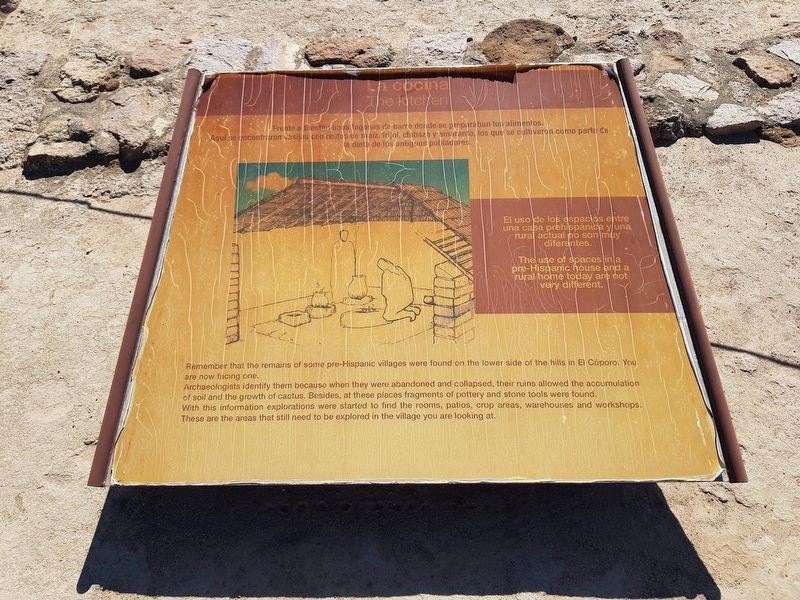 By J. Makali Bruton, December 19, 2020
1. The Kitchen Marker
Inscription.
English: . The kitchen . Remember that the remains of some pre-Hispanic villages were found on the lower side of the hills in El Cóporo. You are now facing one. . . Archaeologists identify them because when they were abandoned and collapsed, their ruins allowed the accumulation of soil and the growth of cactus. Besides, at these places fragments of pottery and stone tools were found. With this information explorations were started to find the rooms, patios, crop areas, warehouses and workshops. These are the areas that still need to be explored in the village you are looking at. . . The use of spaces in a pre-Hispanic house and a rural home today are not very different. . This historical marker was erected by Instituto Nacional de Antropología e Historia (INAH). It is in San José del Torreón in Municipality of Ocampo Guanajuato Mexico