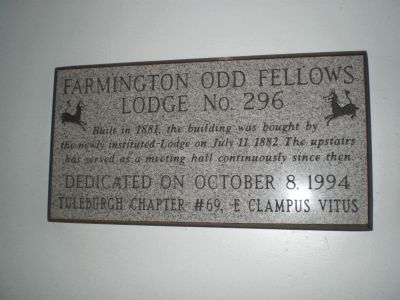 Photographed By Andrew Ruppenstein, February 20, 2009
1. Farmington Odd Fellows Lodge #296 Marker
Inscription.
Farmington Odd Fellows Lodge #296. . Built in 1881, the building was bought by the newly instituted Lodge on July 11, 1882. The upstairs has served continuously as a meeting hall since then. , Dedicated on October 8, 1994 , Tuleburgh Chapter #69, E Clampus Vitus . This historical marker was erected in 1994 by Tuleburgh Chapter #69, E Clampus Vitus. It is in Farmington in San Joaquin County California

Built in 1881, the building was bought by the newly instituted Lodge on July 11, 1882. The upstairs has served continuously as a meeting hall since then.
Dedicated on October 8, 1994
Tuleburgh Chapter #69, E Clampus Vitus

Topics and series. This historical marker is listed in these topic lists: Fraternal or Sororal Organizations • Notable Buildings. In addition, it is included in the E Clampus Vitus series list. A significant historical month for this entry is July 1957.

Location. Marker is missing. It was located near 37° 55.793′ N, 121° 0.008′ W. Marker was in Farmington, California, in San Joaquin County. Marker was at the intersection of South Escalon Ballota Road and Highway 4, on the right when traveling north on South Escalon Ballota Road. Touch for map. Marker was at or near this postal address: 25520 East Highway 4, Farmington CA 95230, United States of America. Touch for directions.

Other nearby markers. At least 8 other markers are within 15 miles of this location, measured as the crow flies. Campo Bravo Arena (approx. 4.6 miles away); Milton Masonic Hall 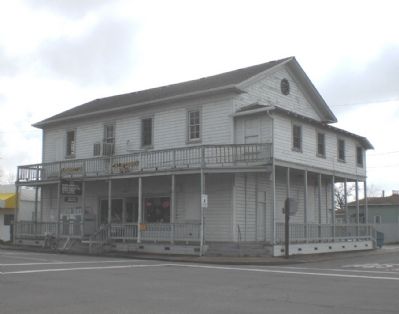 Photographed By Andrew Ruppenstein, February 7, 2009
2. The Farmington General Store (Constructed 1881)
The marker is on the west side - just a small portion of it is visible behind the stop sign on the right hand side of the picture.

More about this marker. Marker is on the wall of the west side of the building.

Regarding Farmington Odd Fellows Lodge #296. An Illustrated history of San Joaquin County, California : containing a history of San Joaquin County from the earliest period of its occupancy to the present time... indicates that the building cost of $2,500, and that at the time of writing (1890), the lower floor was used as a dance hall. The building currently houses a general store. 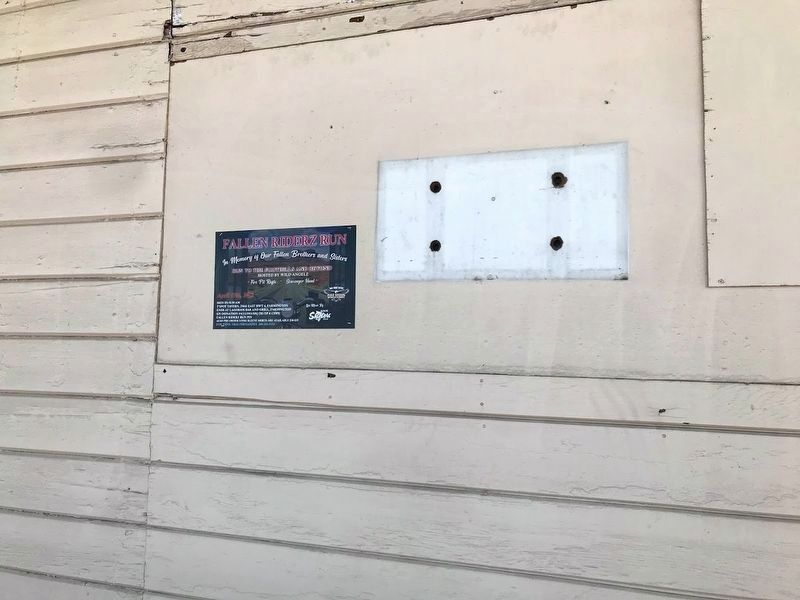