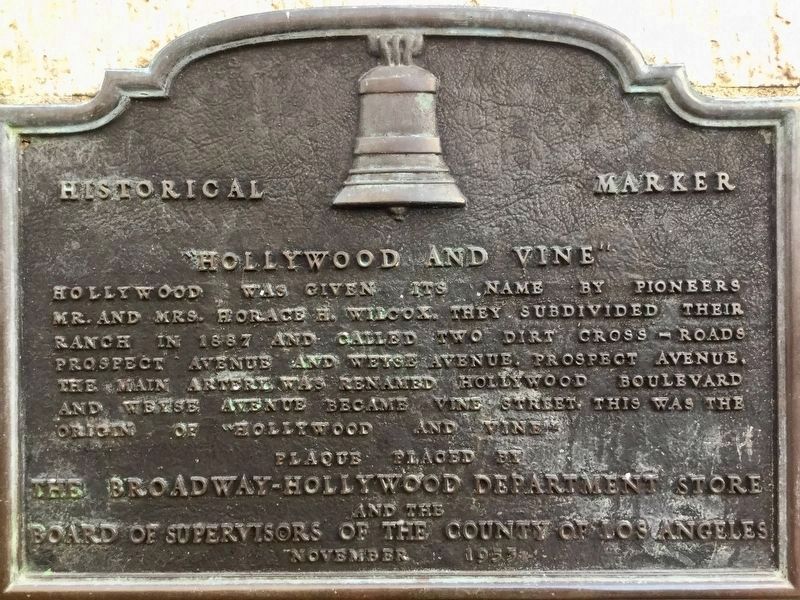 Erected 1953 by The Broadway Hollywood department store; and Board of Supervisors of the County of Los Angeles.

Topics. This historical marker is listed in these topic lists: Entertainment • Roads & Vehicles. 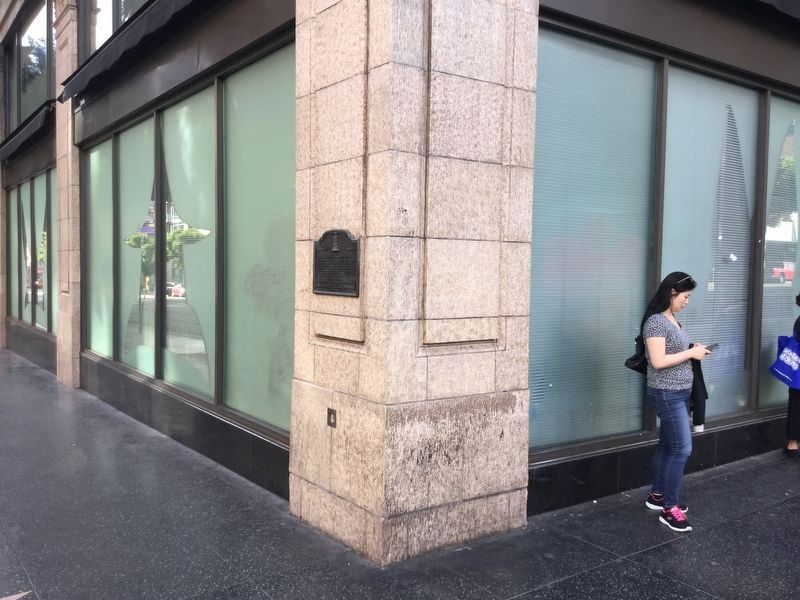 More about this marker. Hollywood was given its name by Harvey H. Wilcox (not Horace) and his wife Daeida Wilcox. His younger brother Horace never lived on the West Coast.

Regarding Hollywood and Vine. Hollywood & Vine became known in the 1920’s for its concentration of entertainment businesses. One of the few remaining is the Capitol Records building to the north. The Hollywood Walk of Fame is centered on this intersection. The names of the Apollo 11 astronauts are on all four corners, to honor the television coverage of the mission.

From 1931 to 1982 this building housed The Broadway department store. It is now an apartment building. 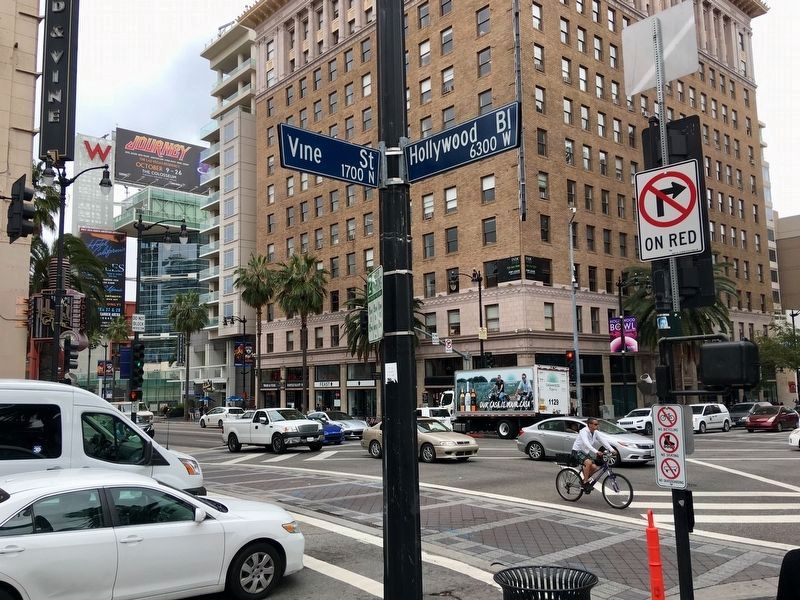 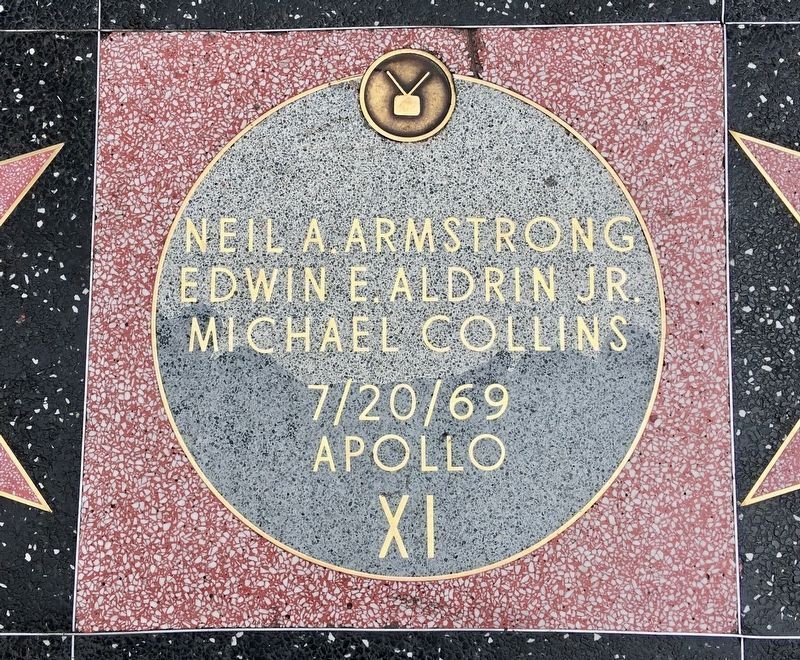 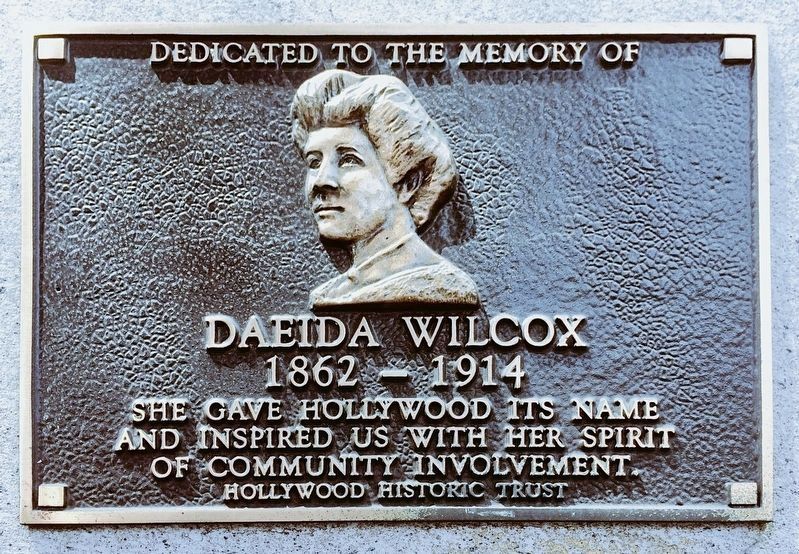