Mountain Maryland Gateway to the West 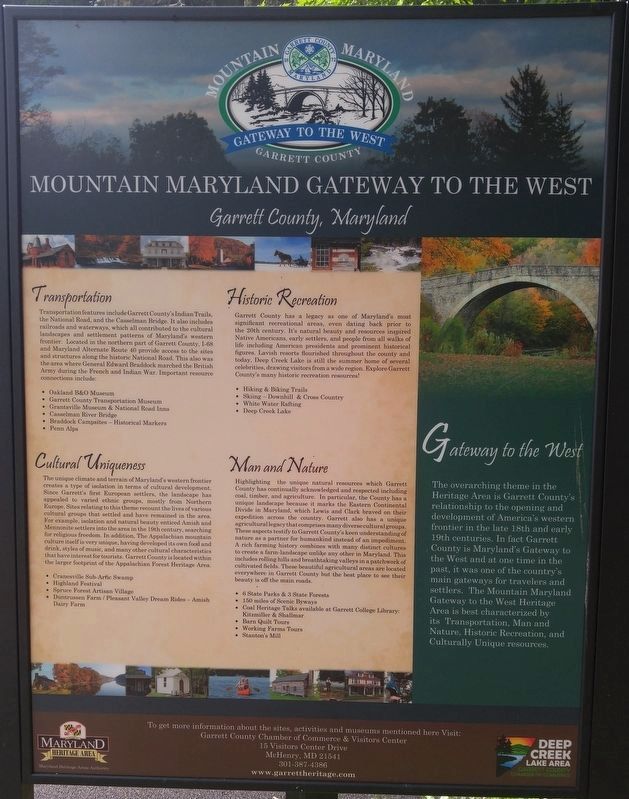 Gateway to the West

The overarching theme in the Heritage Area is Garrett County's relationship to the opening and development of America's western frontier in the late 18th and early 19th centuries. In fact Garrett County is Maryland's Gateway to the West and at one time in the past, it was one of the country's main gateways for travelers and settlers. The Mountain Maryland Gateway to the West Heritage Area is best characterized by its Transportation, Historic Recreation, and Culturally Unique resources.

Transportation features include Garrett County's Indian Trails, the National Road, and the Casselman Bridge. It also includes railroads and waterways, which all contributed to the cultural landscapes and settlement patterns of Maryland's western frontier. Located in the northern part of Garrett County, I-68 and Maryland Alternate Route 40 provide access to the sites and structures along the historic National Road. This also was the area where General Edward Braddock marched the British Army during the French and Indian War. Important resource connections include: 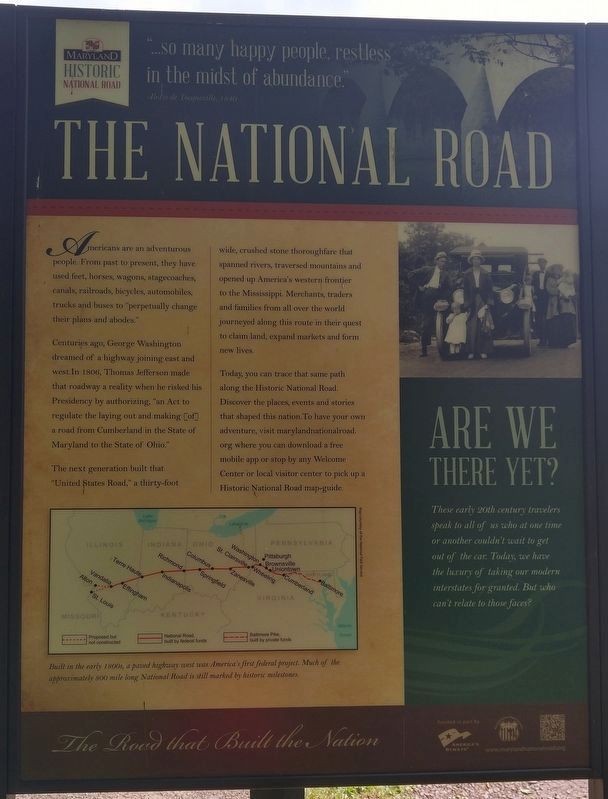 Garrett County has a legacy as one of Maryland's most significant recreational areas, even dating back prior to the 20th century. It's natural beauty and resources inspired Native Americans, early settlers, and people from all walks of life including American presidents and prominent historical figures. Lavish resorts flourished throughout the county and today, Deep Creek Lake is still the summer home of several celebrities, drawing visitors from a wide region. Explore Garrett County's many historic recreation resources! Hiking & Biking Trails, Skiing - Downhill & Cross Country, White Water Rafting, Deep Creek Lake.

The unique climate and terrain of Maryland's western frontier creates a type of isolation in terms of cultural development. Since Garrett's first European settlers, the landscape has appealed to varied ethnic groups, mostly from Northern Europe. Sites relating to this theme recount the lives of various cultural groups that settled and have remained in the area. For example, isolation and natural beauty enticed Amish and Mennonite settlers into the area in the 19th century, searching for religious freedom. 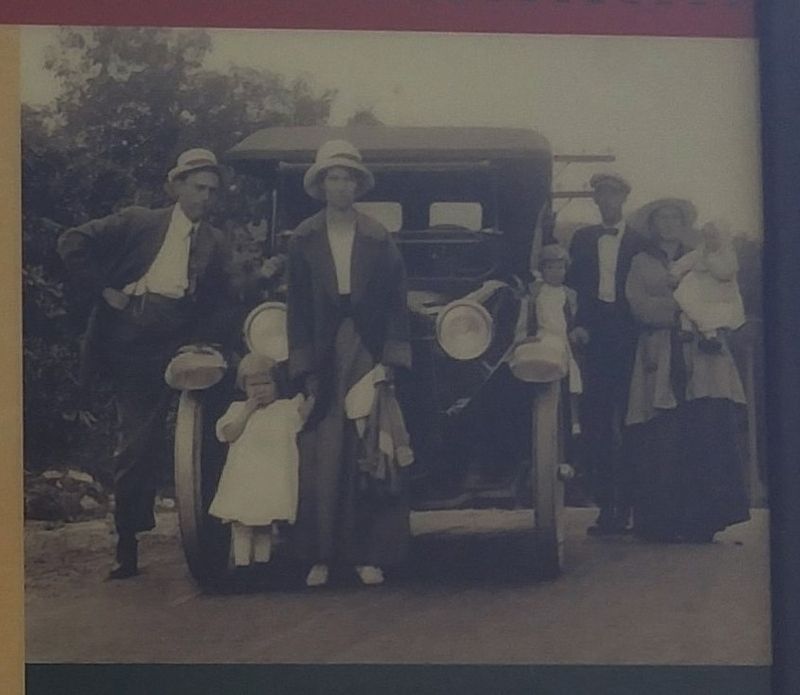 By F. Robby, July 31, 2016
3. Mountain Maryland Gateway to the West Marker
Closeup on side 2 photo.
In addition, The Appalachian mountain culture itself is very unique, having developed its own food and drink, styles of music, and many other cultural characteristics that have interest for tourists. Garrett County is located within the larger footprint of the Appalachian Forest Heritage Area. Cranesville Sub-Artic Swamp, Highland Festival, Spruce Forest Artisan Village, Duntrussen Farm / Pleasant Valley Dream Rides - Amish Dairy Farm

Highlighting the unique natural resources which Garrett County has continually acknowledged and respected including coal, timber, and agriculture. In particular, the County has a unique landscape because it mark the Eastern Continental Divide in Maryland, which Lewis and Clark braved on their expedition across the country. Garrett also has a unique agricultural legacy that comprises many diverse cultural groups. These aspects testify to Garrett County's keen understanding of nature as a partner for humankind instead of an impediment. A rich farming history combines with many distinct cultures to create a farm-landscape unlike any other in Maryland. This includes rolling hills and breathtaking valleys in a patchwork of cultivated fields. These beautiful agricultural areas are located everywhere in Garrett County but the best place to see their beauty is off the main roads. 6 State Parks & 3 State Forests, 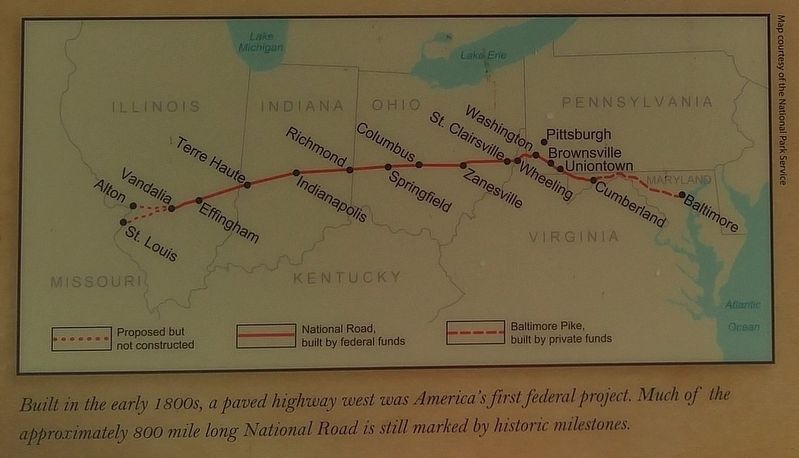 "...so many happy people, restless in the midst of abundance." - Alexis de Tocqueville, 1810

Americans are an adventurous people. From past to present, they have used feet, horses, wagons, stagecoaches, canals, railroads, bicycles, automobiles, trucks and buses to "perpetually change their plans and abodes."

Centuries ago, George Washington dreamed of a highway joining east and west. In 1806, Thomas Jefferson made that roadway a reality when he risked his Presidency by authorizing, "an Act to reulate the laying out and making of a road from Cumberland in the State of Maryland to the State of Ohio."

The next generation built that "United States Road," at thirty-foot wide, crushed stone thoroughfare that spanned rivers, traversed mountains and opened up America's western frontier to the Mississippi. Merchants, traders and families from all over the world journeyed along this route in their quest to claim land, expand markets and form new lives.

Today, you can trace that same path along the Historic National Road. Discover the places, events and stories that shaped this nation. To have your own adventure, visit 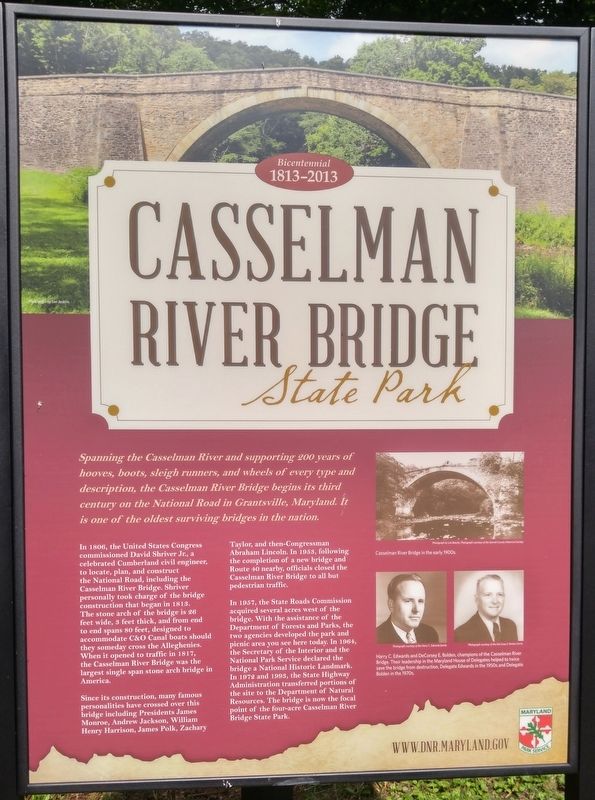 By F. Robby, July 31, 2016
5. Mountain Maryland Gateway to the West Marker
Side 3.
marylandnationalroad.org where you can download a free mobile app or stop by any Welcome Center or local visitor center to pick up a Historic National Road map-guide.

Are We There Yet?

These early 20th century travelers speak to all of us who at one time or another couldn't wait to get out of the car. Today, we have the luxury of taking our modern interstates for granted. But who can't relate to those faces?

The Road that Built the Nation

In 1806, the United States Congress commissioned David Shriver Jr., a celebrated Cumberland civil engineer, to locate, plan, and construct the National Road, including the Casselman River Bridge. Shriver personally took charge of the bridge construction that began in 1813. The stone arch of the bridge is 26 feet wide, 3 feet thick, and from end to end spans 80 feet, designed to accommodate C&O Canal boats should they someday cross the Alleghenies. When it opened to traffic in 1817, 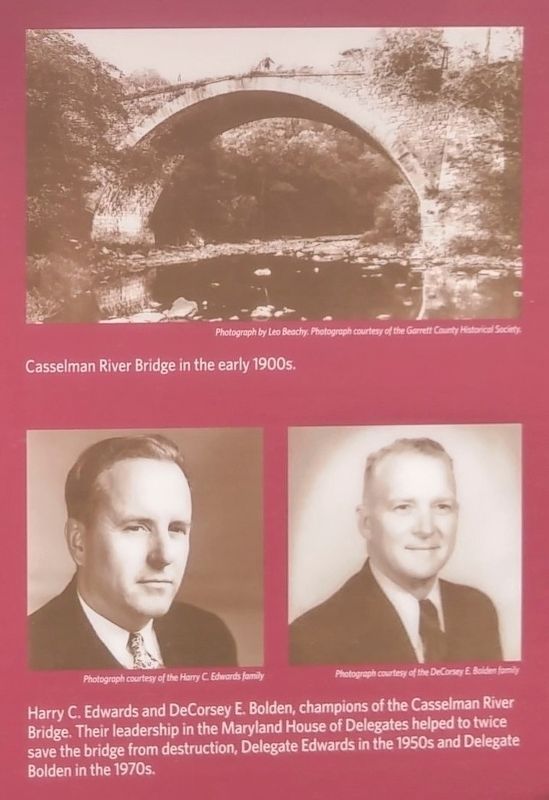 Since its construction, many famous personalities have crossed over this bridge including Presidents James Monroe, Andrew Jackson, William Henry Harrison, James Polk, Zachary Taylor, and then-Congressman Abraham Lincoln. In 1953, following the completion of a new bridge and Route 40 nearby, officials closed the Casselman River Bridge to all but pedestrian traffic.

In 1957, the State Roads Commission acquired several acres west of the bridge. With the assistance of the Department of Forests and Parks, the two agencies developed the park and picnic area you see here today. In 1964, the Secretary of the Interior and the National Park Service declared the bridge a National Historic Landmark. In 1972 and 1993, the State Highway Administration transferred portions of the site to the Department of Natural Resources. The bridge is now the focal point of the four-acre Casselman River Bridge State Park. 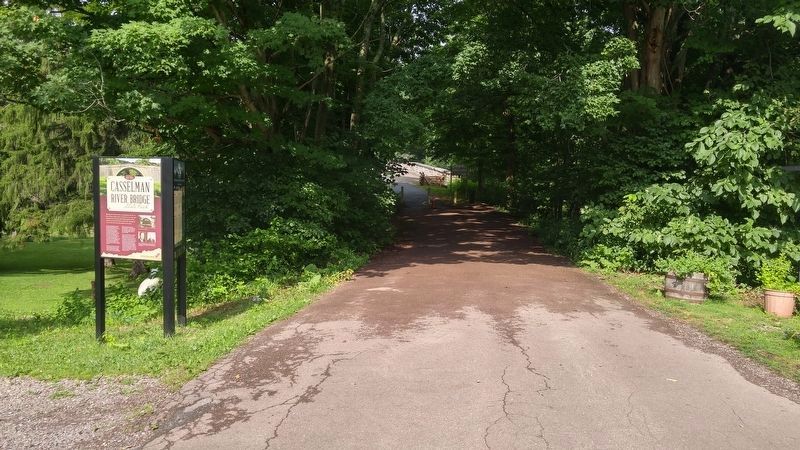 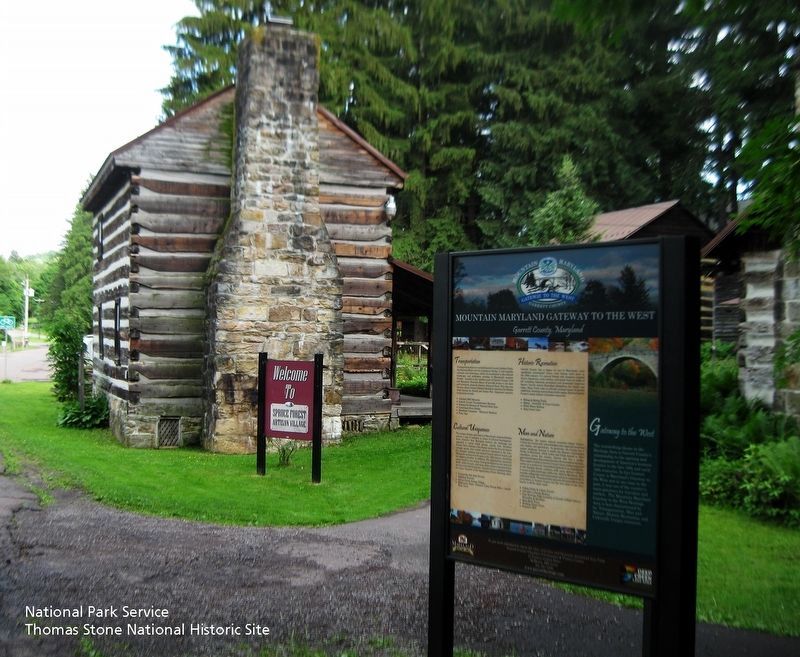