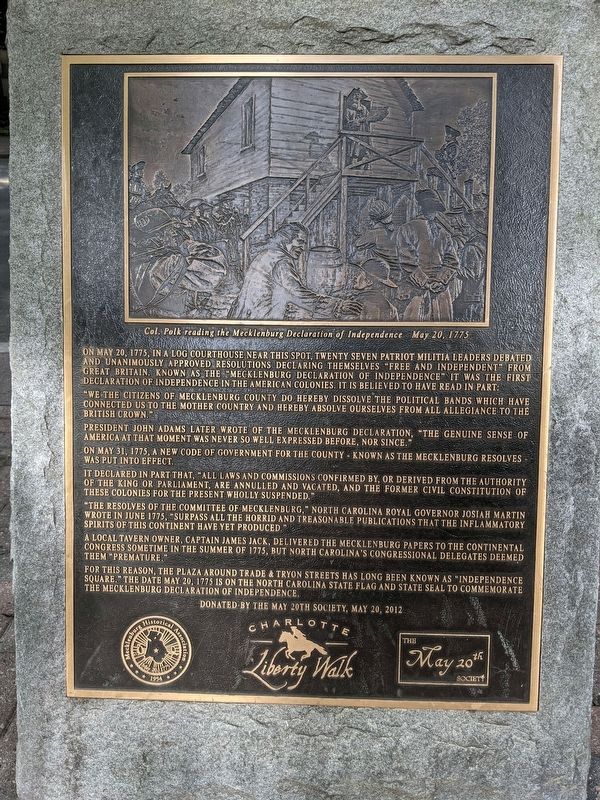 On May 20, 1775, in a log courthouse near this spot, twenty seven patriot militia leaders debated and unanimously approved resolutions declaring themselves "free and independent” from Great Britain. known as the "Mecklenburg Declaration of Independence” it was the first Declaration of Independence in the American colonies. It is believed to have read in part:
"We the citizens of Mecklenburg County do hereby dissolve the political bands which have connected us to the mother country and hereby absolve ourselves from all allegiance to the British crown."
President John Adams later wrote of the Mecklenburg Declaration, “The genuine sense of America at that moment was never so well expressed before, nor since."
On May 31, 1775, a new code of government for the county - known as the Mecklenburg Resolves was put into effect.
It declared in part that, “All laws and commissions confirmed by, or derived from the authority of the King or Parliament, are annulled and vacated, and the former civil constitution of these colonies for the present wholly suspended."
"The Resolves of the Committee of Mecklenburg,” 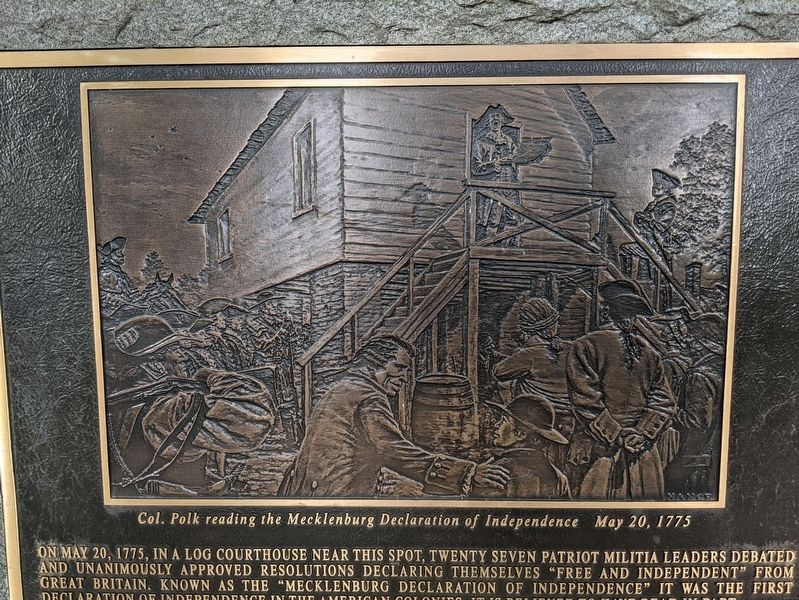 Click or scan to see
this page online
North Carolina Royal Governor Josiah Martin wrote in June 1775, “Surpass all the horrid and treasonable publications that the inflammatory spirits of this continent have yet produced."
A local tavern owner, captain James Jack, delivered the Mecklenburg papers to the Continental Congress sometime in the summer of 1775, but North Carolina's congressional delegates deemed them "premature."
For this reason, the plaza around Trade & Tryon Streets has long been known as "Independence Square.” the date May 20, 1775 is on the North Carolina state flag and state seal to commemorate the Mecklenburg Declaration of Independence.

Erected 2012 by The May 20th Society • Mecklenburg Historical Society.

Topics. This historical marker is listed in this topic list: War, US Revolutionary. A significant historical date for this entry is May 20, 1775.

Location. 35° 13.622′ N, 80° 50.595′ W. Marker is in Charlotte, North Carolina, in Mecklenburg County. Marker can be reached from the intersection of South Tryon Street and East Trade Street. Touch for map. Marker is in this post office area: Charlotte NC 28280, United States of America. Touch for directions. 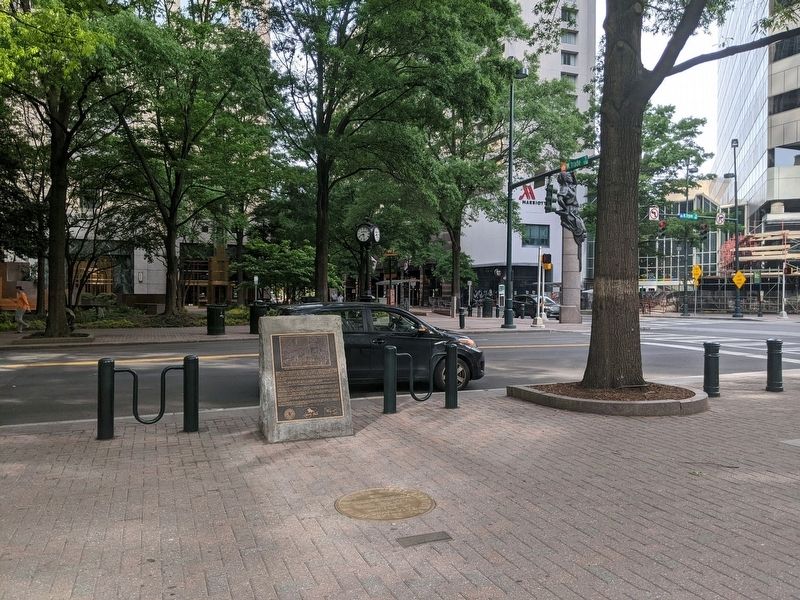 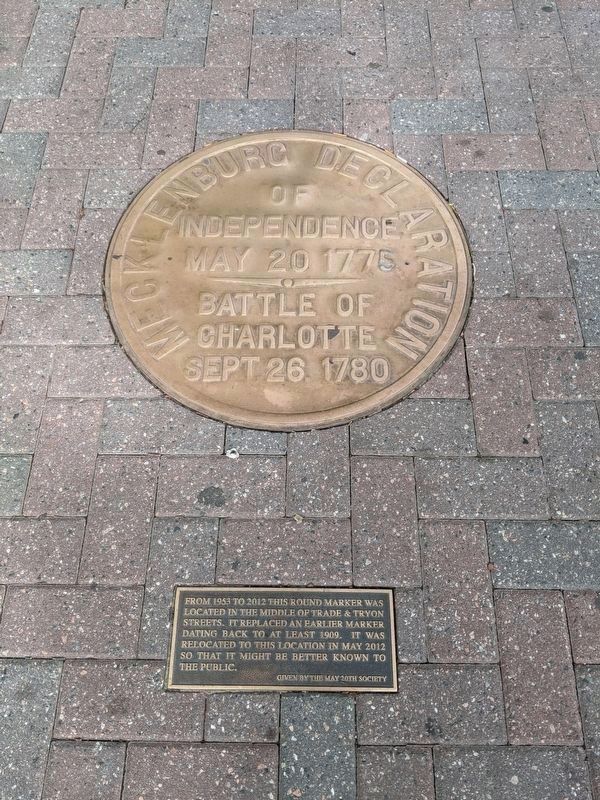 By Mike Wintermantel
4. Mecklenburg Declaration of Independence Plaque
Located in front of the marker
It reads: