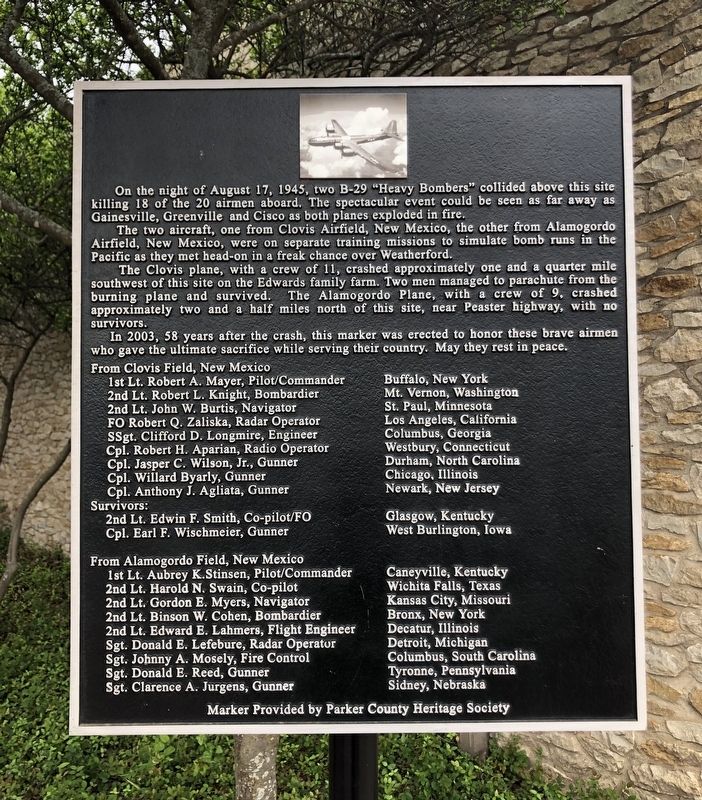 On the night of August 17, 1945, two B-29 "Heavy Bombers" collided above this site killing 18 of the 20 airmen aboard. The spectacular event could be seen as far away as Gainesville, Greenville and Cisco as both planes exploded in fire.

In 2003, 58 years after the crash, this marker was erected to honor these brave airmen who gave the ultimate sacrifice while serving their country. May they rest in peace. 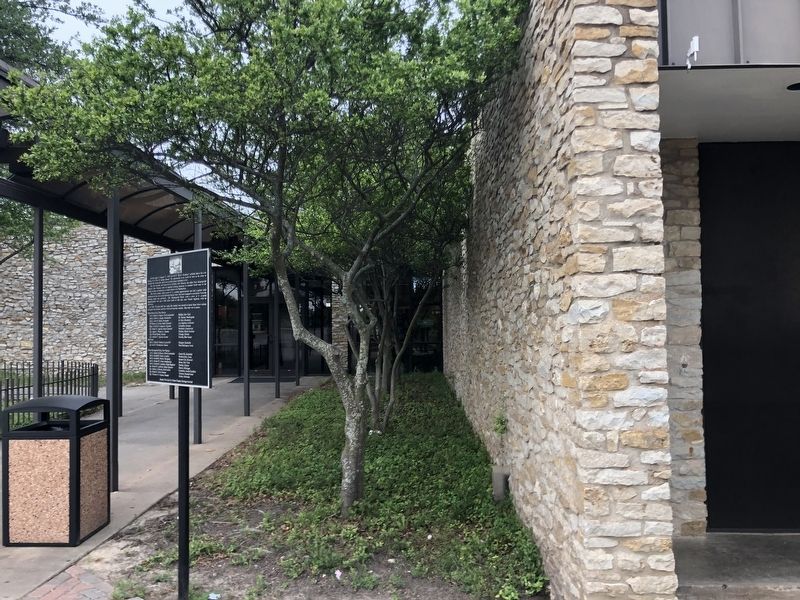 Photographed By Ruth VanSteenwyk, May 10, 2021
2. Tragedy over Weatherford Marker

Topics. This memorial is listed in these topic lists: Air & Space • War, World II. A significant historical date for this entry is August 18, 1945.

Location. 32° 44.71′ N, 97° 48.797′ W. Marker is in Weatherford, Texas, in Parker County. Memorial is on Charles Street, 0.2 miles north of Mockingbird Lane, on the left when traveling north. This marker stands near the Weatherford Public Library. Touch for map. Marker is at or near this postal address: 1014 Charles St, Weatherford TX 76086, United States of America. Touch for directions.

Other nearby markers. At least 8 other markers are within 2 miles of this marker, measured as the crow flies. August 17, 1945 B-29 Crash (here, next to this marker); Grace First Presbyterian Church (about 600 feet away, measured in a direct line); Parker County Gold Star Family Memorial Monument (approx. ¼ mile away); Soldier Spring Park (approx. ¼ mile away); Chandor Gardens (approx. ¾ mile away); Mount Pleasant Colored School (approx. 0.8 miles away); James Claude Wright House (approx. 1.2 miles away); First Baptist Church (approx. 1.2 miles away). Touch for a list and map of all markers in Weatherford.