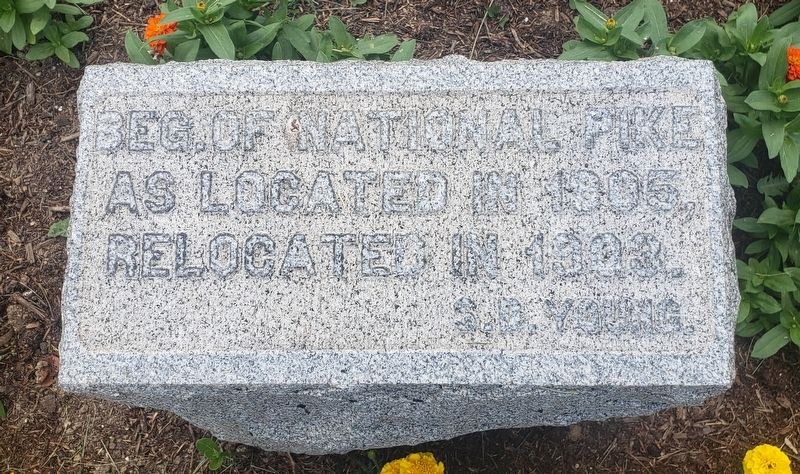 Topics. This historical marker is listed in this topic list: Roads & Vehicles. A significant historical year for this entry is 1805.

Location. 39° 38.979′ N, 78° 45.912′ W. Marker is in Cumberland, Maryland, in Allegany County. Marker is at the intersection of Greene Street and Bridge Street, on the right when traveling east on Greene Street. Marker is located in the triangle just west of the entrance to Riverside Park. Touch for map. Marker is in this post office area: Cumberland MD 21502, United States of America. Touch for directions. 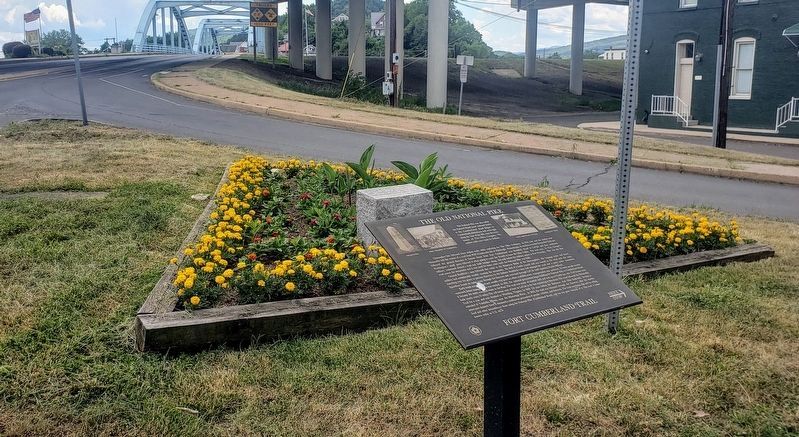 By Bradley Owen, June 30, 2021
2. Beginning Of National Pike Marker
The small granite stone can be seen behind The Old National Pike marker.

Click or scan to see
this page online
this marker); George Washington at Will’s Creek (within shouting distance of this marker). Touch for a list and map of all markers in Cumberland.