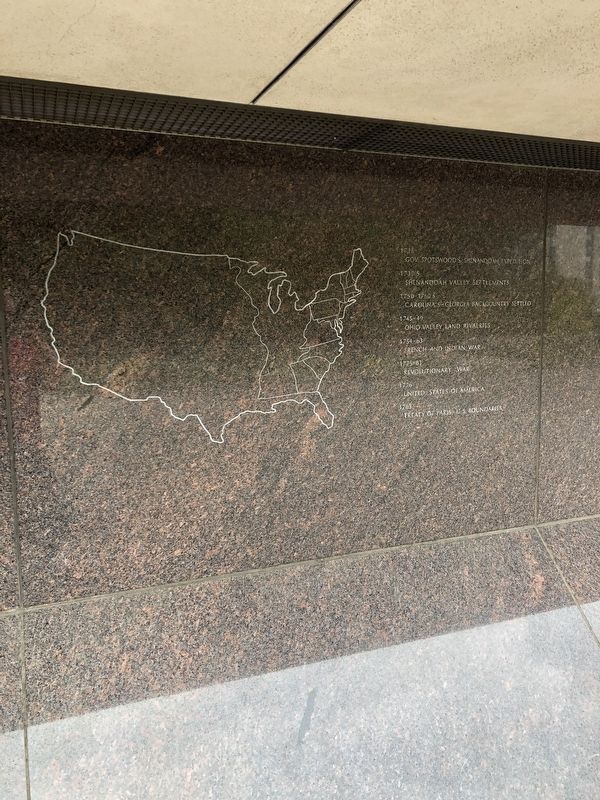 Erected 1976 by The State Building Commission of West Virginia.

Topics. This historical marker is listed in these topic lists: Colonial Era • Settlements & Settlers • War, French and Indian • War, US Revolutionary. A significant historical year for this entry is 1716.

Location. 38° 20.27′ N, 81° 36.82′ W. Marker is in Charleston, West Virginia, in Kanawha County. Marker can be reached from the intersection of Greenbrier Street (U.S. 60) and Quarrier Street, on the right when traveling north. Touch for map. Marker is at or near this postal address: 1900 Kanawha Blvd E, Charleston WV 25305, United States of America. Touch for directions.