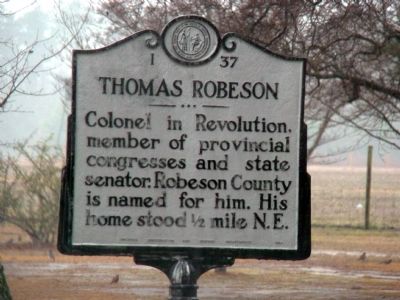 Photographed By J. J. Prats, February 28, 2009
1. Thomas Robeson Marker
Inscription.
Thomas Robeson. . Colonel in Revolution, member of provincial congresses and state senator. Robeson County is named for him. His home stood ½ mile N.E. . This historical marker was erected in 1953 by Archives, Conservation and Highway Departments. It is in Tar Heel in Bladen County North Carolina

Colonel in Revolution, member of provincial congresses and state senator. Robeson County is named for him. His home stood ½ mile N.E.

Erected 1953 by Archives, Conservation and Highway Departments. (Marker Number I-37.)

Other nearby markers. At least 3 other markers are within 17 miles of this marker, measured as the crow flies. Battle of Elizabethtown (approx. 12.2 miles away); Cape Fear Baptist Church 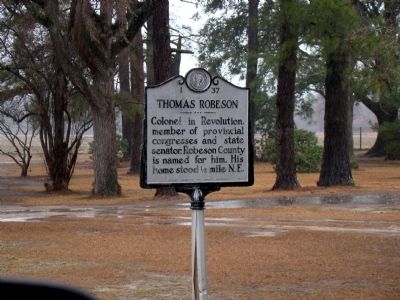 Regarding Thomas Robeson. His home was called Walnut Grove.

“He was one of the most distinguished sons of the Cape Fear, brave and ever true to his word, be the cause private or public. He was noted for his generosity; quick to respond to the call for help from friend or country. Wheeler said ‘Robeson and Ervine were the Percys of the Whigs and might justly be called the Hotspurs of the Cape Fear.’ Colonel Robeson’s life was consecrated to the cause of liberty and the welfare of his State. From the Colonial Records we learn that Colonel Thomas Robeson, Jr., was a member from Bladen County to the Provincial Convention which met at Hillsboro, August 21, 1775; and he was also a member of the Provincial Congress which met at Halifax, April 4, 1776, which declared for independence. He was a member of the Provincial Congress 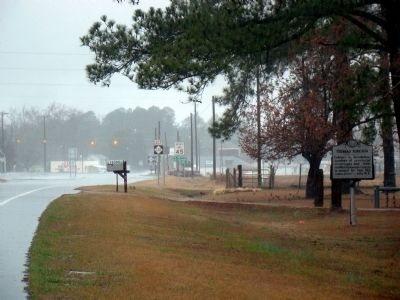 Photographed By J. J. Prats, February 28, 2009
3. Thomas Robeson Marker
which met at Halifax, November 12, 1776, and framed the Bill of Rights and State Constitution. By that body he was appointed a member of the committee to consider ways and means of bringing to justice the Tories of Bladen County. He will always be remembered in North Carolina for his zeal and devotion to his country’s cause during the trying days of the Revolution. His name is preserved in Robeson County, erected in 1786, which is one of the largest and most prosperous counties in the State. The Robeson county settlers were chiefly Scotch, of generous nature, hospitable, enterprising. They have made their influence tell for good. The recognized power of Robeson County in political parlance has been given in the words, ‘Hold Robeson and save the State.’

“Colonel Thomas Robeson, Jr., and his brother, Captain Peter Robeson, were officers in the battle of Moore’s Creek. So nobly did Bladen County’s sons respond to their country’s aid that Wheeler said ‘ There is no portion of the State that was more determined or devoted to the cause of liberty than was Bladen in the earlier periods of our history. In no portion was the advocacy of the cause attended with greater peril 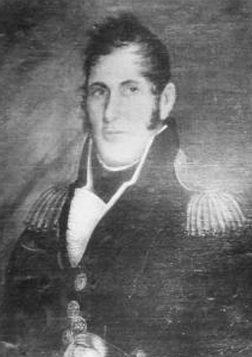