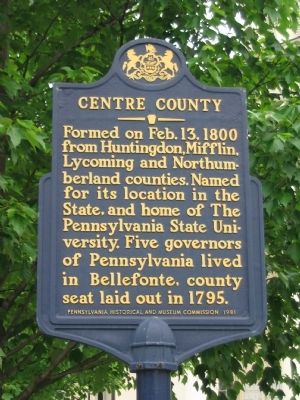 Formed on Feb. 13, 1800 from Huntingdon, Mifflin, Lycoming and Northumberland counties. Named for its location in the State, and home of the Pennsylvania State University. Five governors of Pennsylvania lived in Bellefonte, county seat laid out in 1795.

Topics and series. This historical marker is listed in these topic lists: Political Subdivisions • Settlements & Settlers. In addition, it is included in the Pennsylvania Historical and Museum Commission series list. A significant historical month for this entry is February 1795. 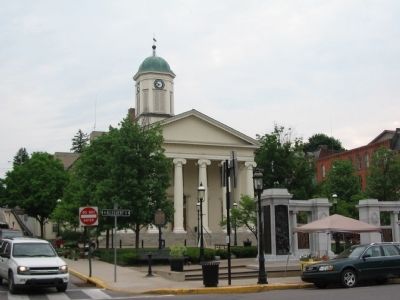