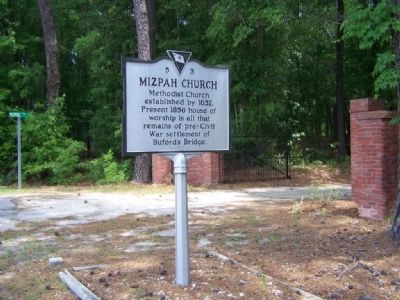 By Mike Stroud, May 2008
1. Mizpah Church Marker
Inscription.
Mizpah Church. .
Methodist Church established by 1832. Present 1856 house of worship is all that remains of pre~ Civil War Settlement of Buford's Bridge.. . This historical marker was erected in 1992 by Mizpah Methodist Church. It is in near Ulmer in Bamberg County South Carolina

Methodist Church
established by 1832.
Present 1856 house of
worship is all that
remains of pre~ Civil
War Settlement of
Buford's Bridge.

Other nearby markers. At least 8 other markers are within 7 miles of this marker, measured as the crow flies. Buford's Bridge (approx. ¼ mile away); Olar S.C. (approx. 4.2 miles away); Bethel Baptist Church (approx. 5.6 miles away); Old St. Nicholas Cemetery (approx. 6.2 miles away); Battle Of Rivers’ Bridge 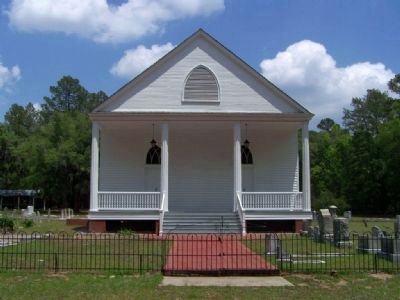 Regarding Mizpah Church. Buford Bridge was the earliest settlement in what is now Bamberg County. 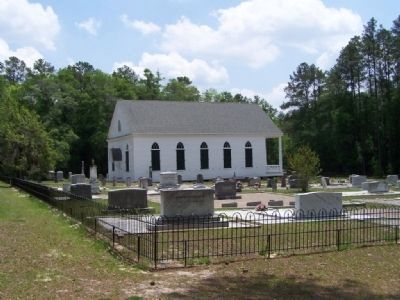 By Mike Stroud, 2008
3. Mizpah Church
by the early twentieth century. (Submitted on September 18, 2008, by Brian Scott of Anderson, South Carolina.) 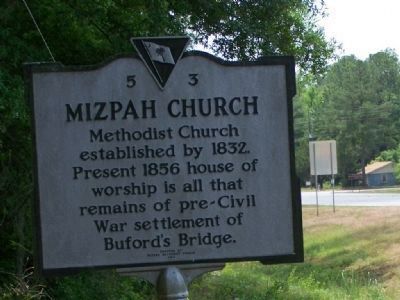 By Mike Stroud, 2008
4. Mizpah Church Marker, in the backround is the marker that signifies site of one time Bufords Bridge 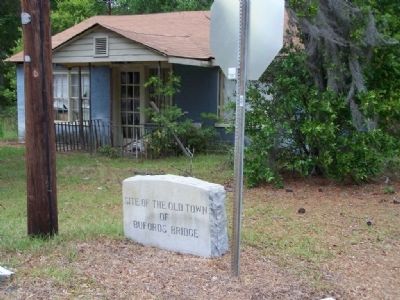