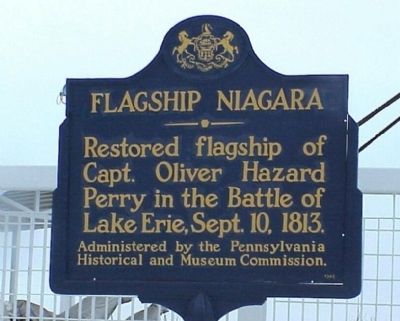 Photographed By Bill Klauk, circa 2001
1. Flagship Niagara Marker
Inscription.
Flagship Niagara. . Restored flagship of Capt. Oliver Hazard Perry in the Battle of Lake Erie, Sept. 10, 1813. . This historical marker was erected in 1941 by Pennsylvania Historical and Museum Commission. It is in Erie in Erie County Pennsylvania

Topics and series. This historical marker is listed in these topic lists: War of 1812 • Waterways & Vessels. In addition, it is included in the Pennsylvania Historical and Museum Commission series list. A significant historical date for this entry is September 10, 1813. 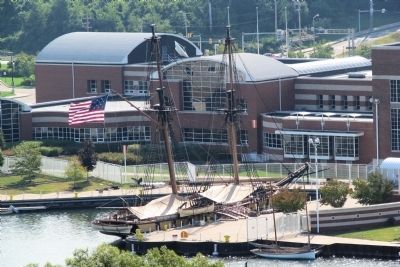 Photographed By Rudy Guy, September 14, 2008
2. Flagship Niagara and Marker
Marker is behind the forward mast. The Erie Maritime Museum is in the background. 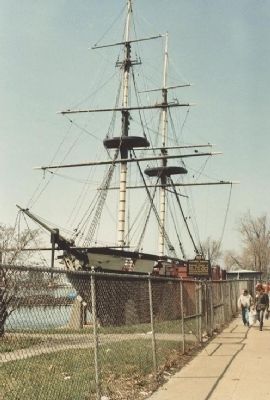 Photographed By Richard E. Miller, circa 1986
3. Previous incarnation of Brig Niagara at pier in Erie during the 1980s
In drydock at its original location on State Street. 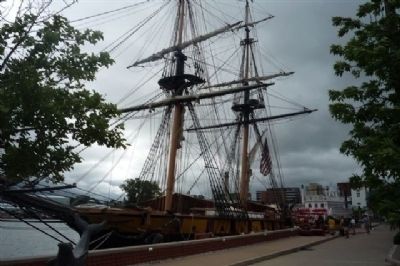 Photographed By Richard E. Miller, July 3, 2009
4. The brig Niagara, the official flagship of Pennsylvania
At berth near the Bicentennial Tower. Reconstructed in 1988, this is the third incarnation of Commodore Oliver Hazard Perry's second flagship at the Battle of Lake Erie during the War of 1812. It incorporates timbers from its original construction at Dobbins' shipyard. 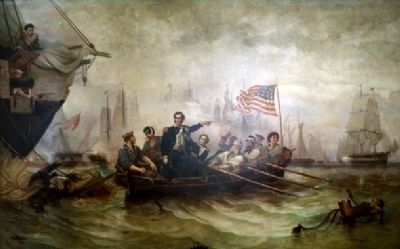 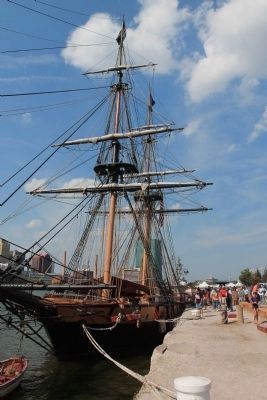 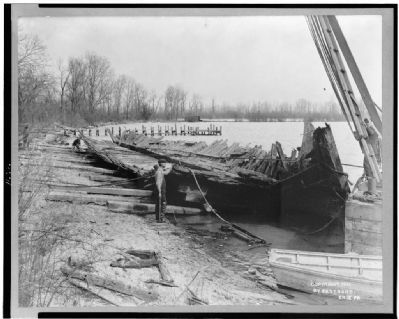