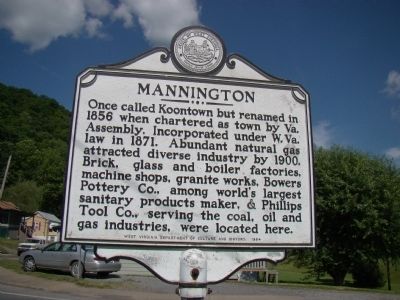 Flaggy Meadow. One mi. south at Flaggy Meadows is site of the first oil well in the Mannington field, drilled 11 Oct. 1889. Location was scientifically verified by geologist I. C. White (1848–1927) using the anticlinal theory. Oil and gas boom sparked industrial growth in Mannington. Also at Flaggy Meadow is uncommon round barn built by Amos Hamilton in 1912 at cost of $1,900.

Erected 1984 by West Virginia Department of Culture and History.

Topics and series. This historical marker is listed in these topic lists: Industry & Commerce • Natural Resources. In addition, it is included in the West Virginia Archives and History series list. A significant historical year for this entry is 1856. 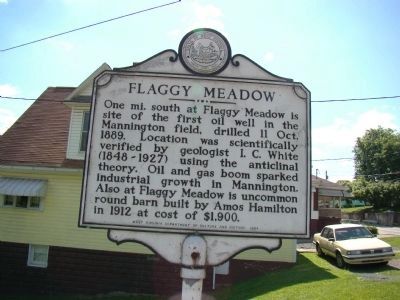 Regarding Mannington / Flaggy Meadow. In geology, an anticline is an upwards fold of rock. The anticlinal theory theorized that since oil rises above water, it would rise through porous rock and sands until stopped by non-porous rock and would collect at the highest point of an anticline. Drill into an anticline where oil is known to exist and you will find a pool of oil to extract. 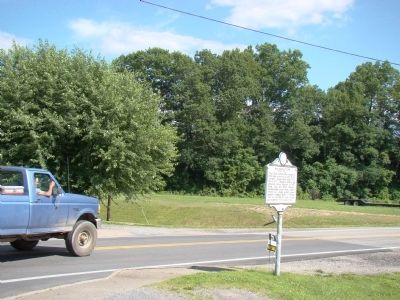 Editor’s want-list for this marker. Photos of Flaggy Meadow • Photos of round barn • Can you help?
Share This Page.