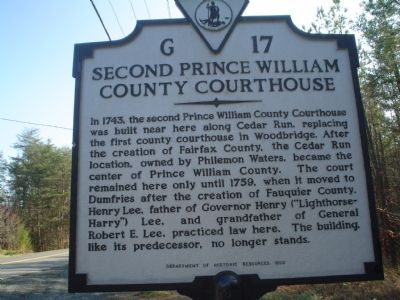 In 1743, the second Prince William County Courthouse was built near here along Cedar Run, replacing the first county courthouse in Woodbridge. After the creation of Fairfax County, the Cedar Run location, owned by Philemon Waters, became the center of Prince William County. The court remained here only until 1759, when it moved to Dumfries after the creation of Fauquier County. Henry Lee, father of Governor Henry (“Lighthorse-Harry”) Lee, and grandfather of General Robert E. Lee, practiced law here. The building, like its predecessor, no longer stands.

Topics and series. This historical marker is listed in this topic list: Colonial Era. In addition, it is included in the Virginia Department of Historic Resources series list. A significant historical year for this entry is 1743. 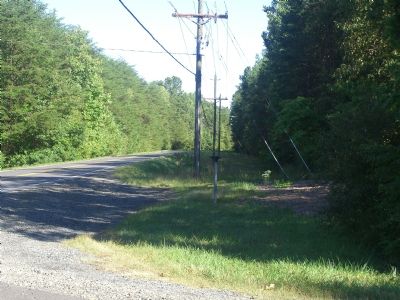