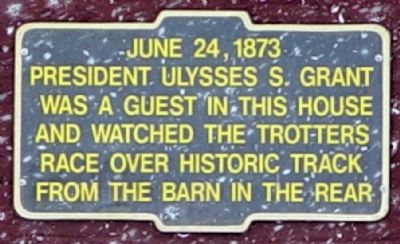 June 24, 1873 President Ulysses S. Grant was a guest in this house and watched the trotters race over historical track from barn in the rear

More about this marker. Marker attached to building. 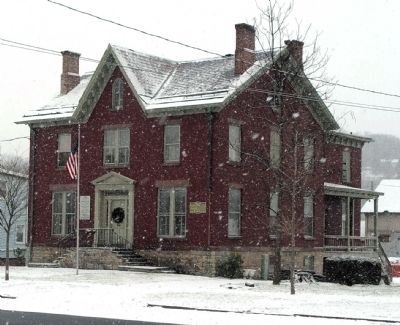