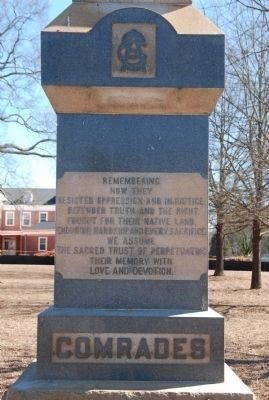 [West side]
Remembering how they resisted oppression and injustice, defended truth and the right, fought for their native land, enduring hardship and sacrifice. We assume the sacred trust of perpetuating their memory with love and devotion. Comrades

[East side]
To our Confederate soldiers.
Erected by the S.D. Barron Chapter United Daughters of the Confederacy of Ebenezer.
1908

Erected 1908 by S.D. Barron Chapter United Daughters of the Confederacy of Ebenezer.

Topics and series. This historical marker memorial is listed in this topic list: War, US Civil. In addition, it is included in the United Daughters of the Confederacy series list.

Other nearby markers. At least 8 other markers are within 3 miles of this marker, measured as the crow flies. Town of Ebenezer (a few steps from 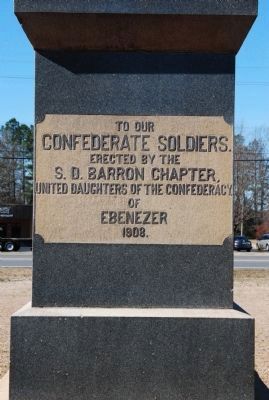 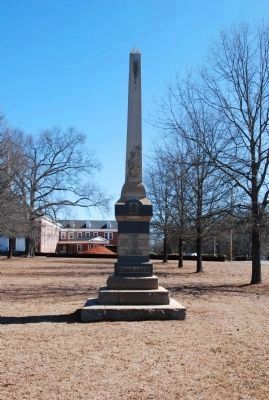