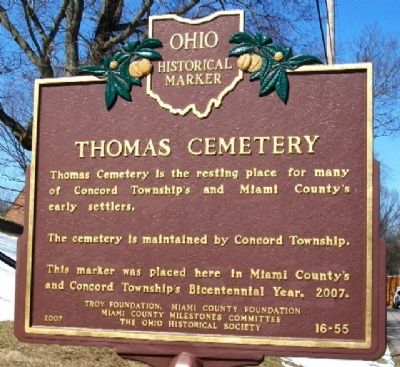 Side B: Abraham Thomas
Abraham Thomas was one of the earliest settlers of Concord Township, arriving in 1805 with his family having come from Kentucky. Thomas was a soldier in the Revolutionary War and served in other battles and expeditions, including both of George Rogers Clark's campaigns against Northwest Territory Native Americans from 1780 to 1782. Abraham Thomas died April 5, 1843 at the age of 88. His gravestone reads "A soldier of the Revolution. It is my will that this lot shall remain a burying ground forever." – A. Thomas

Topics and series. This historical marker is listed in these topic lists: Cemeteries & Burial Sites 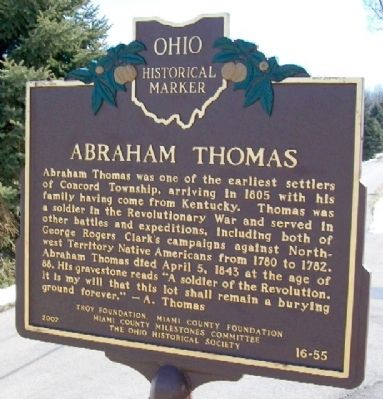 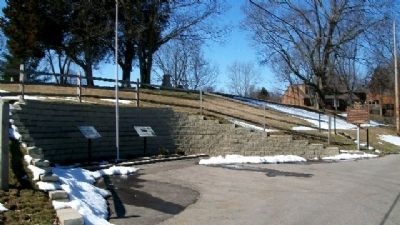 Also see . . .  An Account of Pioneer Life and Experience. (Submitted on March 8, 2010, by William Fischer, Jr. of Scranton, Pennsylvania.) 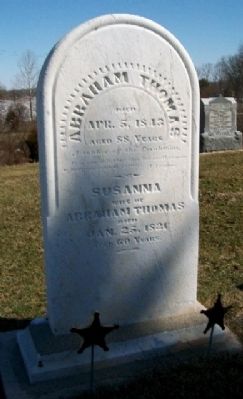 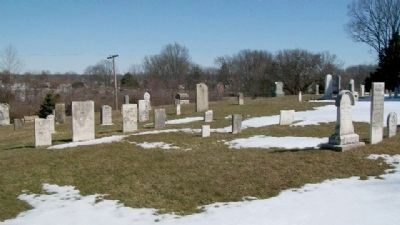 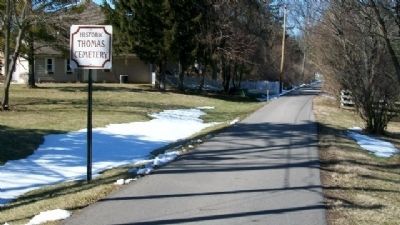 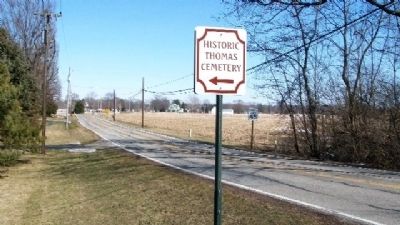