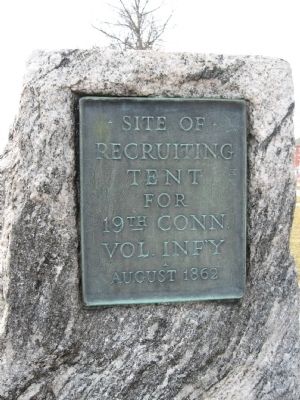 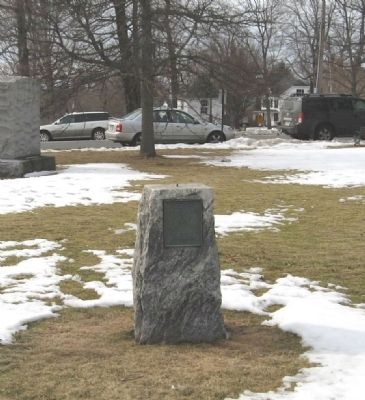 By Michael Herrick, February 22, 2010
2. Site of Recruiting Tent Marker
(within shouting distance of this marker); Litchfield (approx. 0.2 miles away). Touch for a list and map of all markers in Litchfield.

Regarding Site of Recruiting Tent.
The 19th Regiment, Connecticut Volunteer Infantry was organized at Litchfield, July to September, 1862. Assigned to guard and patrol duty at Alexandria, Va. and garrison duty at Fort Worth, Fort Lyon and Fort Ellsworth.
In November, 1863 the designation of the regiment was changed to 2nd Connecticut Heavy Artillery.
After joining the Army of the Potomac, saw action at Spotsylvania Court House, North Anna River, Hanover Court House, Cold Harbor, Petersburg.
Participated in the repulse of Early's attack on Washington July, 1864, and then was part of Sheridan's Shenandoah Valley Campaign, August to December, 1864. Saw action at the Battles of Opequan, Winchester, Fisher's Hill, New Market, Cedar Creek and the siege and fall of Petersburg.
The regiment was at Appomattox Court House and the surrender of Lee and his army in April, 1865. Mustered out August 18, 1865.
During service the regiment lost 12 Officers and 242 Enlisted men killed and mortally wounded and 2 Officers and 171 Enlisted men by disease. Total 427.
From the The Civil War Archive 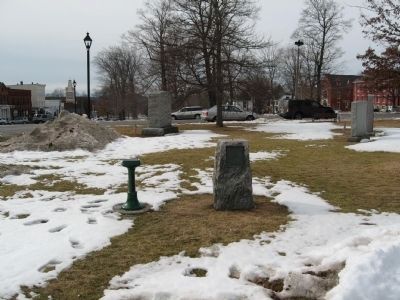