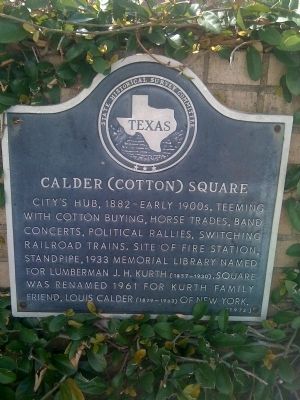 Topics. This historical marker is listed in these topic lists: Notable Places • Settlements & Settlers. A significant historical year for this entry is 1933. 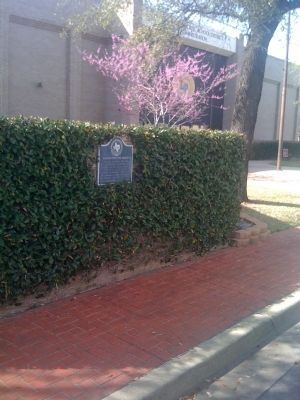 Click or scan to see
this page online
KRBA-AM Radio Station (within shouting distance of this marker); Lufkin Telephone Exchange (about 500 feet away, measured in a direct line); First Baptist Church of Lufkin (approx. ¼ mile away); Angelina County (approx. ¼ mile away); Site of Martin Wagon Company (approx. ¼ mile away). Touch for a list and map of all markers in Lufkin.
Credits. This page was last revised on October 25, 2020. It was originally submitted on March 27, 2010, by Steve Gustafson of Lufkin, Texas. This page has been viewed 1,385 times since then and 55 times this year. Photos:   1, 2. submitted on March 27, 2010, by Steve Gustafson of Lufkin, Texas. • Bill Pfingsten was the editor who published this page.
Share this page.