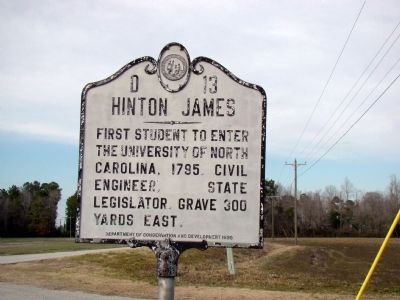 Erected 1939 by Department of Conservation and Development. (Marker Number D-13.)

Topics and series. This historical marker is listed in these topic lists: Education • Government & Politics • Industry & Commerce. In addition, it is included in the North Carolina Division of Archives and History series list. A significant historical year for this entry is 1795.

Location. 34° 37.067′ N, 77° 55.1′ W. Marker is near Burgaw, North Carolina, in Pender County. Marker is on U.S. 117 south of Murray Town Road, on the right when traveling north. It is at the driveway to the Hopewell Presbyterian Church. Touch for map. Marker is in this post office area: Burgaw NC 28425, United States of America. Touch for directions. 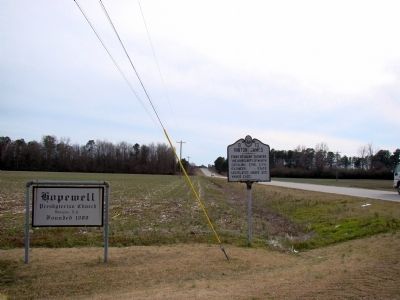 “The university opened in a single building, which came to be called Old East. Still in use as a residence hall, it is the oldest building originally constructed for a public university in the United States. Its cornerstone was laid on October 12, 1793, near an abandoned Anglican chapel which led to the naming of the town as Chapel Hill. The spot was chosen due to its geographic centrality in the state. The first student, Hinton James, arrived on foot from Wilmington on February 12, 1795. While a student, James founded the Dialectic Society. A dormitory on the UNC campus is named in his honor. It 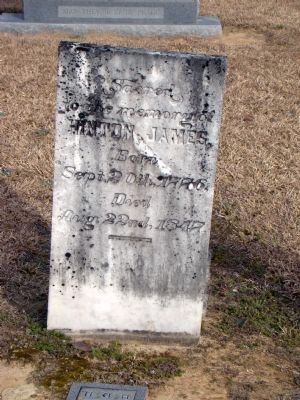 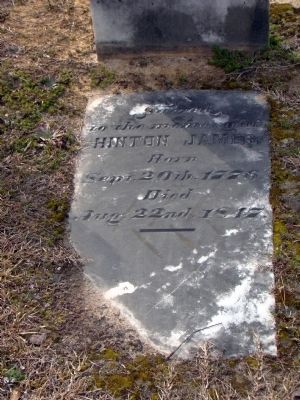 Photographed By J. J. Prats, February 27, 2010
4. Hinton James Gravestone
This stone is on the ground behind the headstone. It repeats the engraving on the headstone. 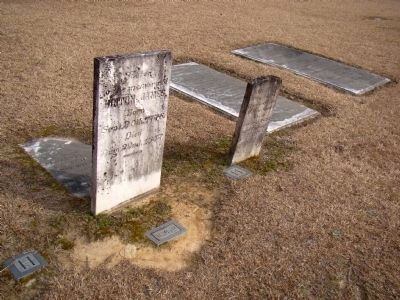 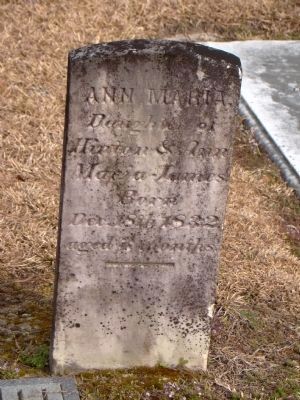 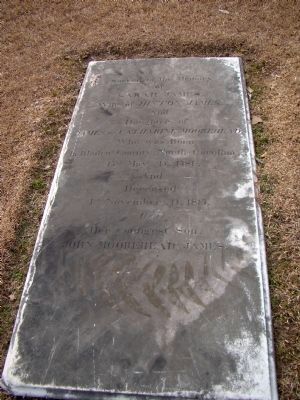 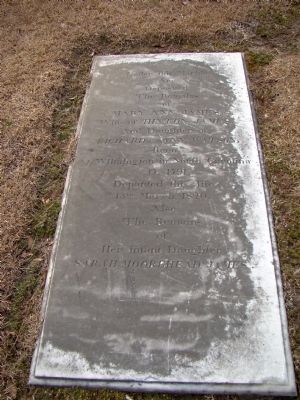 Editor’s want-list for this marker. Photo of Hopewell Presbyterian Church • Can you help?
Share this page.