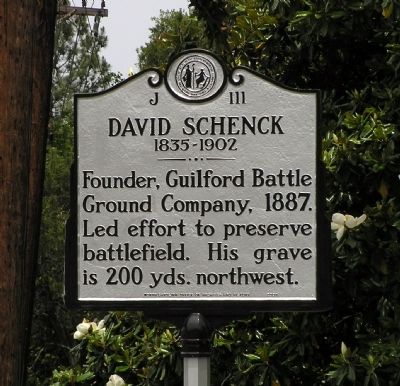 By Paul Crumlish, May 10, 2010
1. David Schenck Marker
Inscription.
David Schenck. Founder, Guilford Battle Ground Company, 1887. Led effort to preserve battlefield. His grave is 200 yds. northwest. . This historical marker was erected in 2008 by North Carolina Office of Archives and History. It is in Greensboro in Guilford County North Carolina

Topics and series. This historical marker is listed in this topic list: Charity & Public Work. In addition, it is included in the North Carolina Division of Archives and History series list. A significant historical year for this entry is 1887. 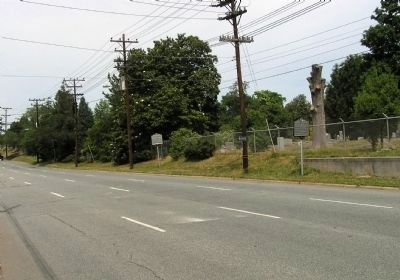 By Paul Crumlish, May 10, 2010
2. Wide view of the David Schenck Marker
Along Battleground Avenue, which leads to Guilford Courthouse National Military Park, this marker (left) and the Gilbert T. Pearson marker (right). 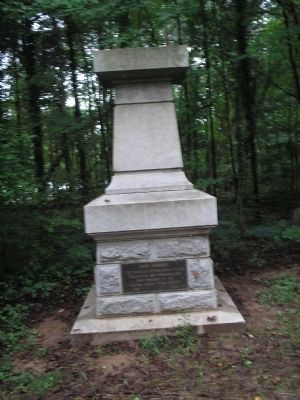 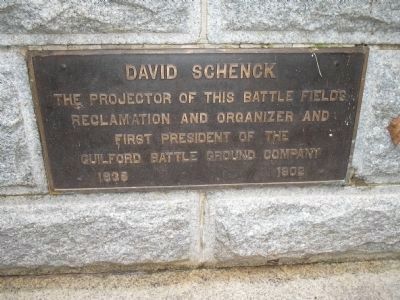 Editor’s want-list for this marker. Photo of nearby gravesite (Section:8 Lot:6 Grave:4) in Green Hill Cemetery. • Can you help?
Share this page.