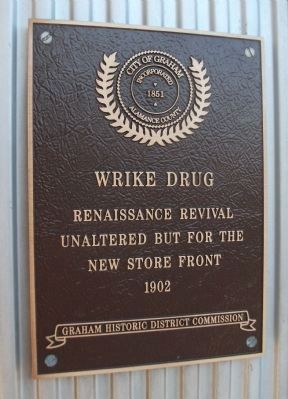 Renaissance Revival
unaltered but for the
new store front
1902

Topics. This historical marker is listed in these topic lists: Industry & Commerce • Notable Buildings. A significant historical year for this entry is 1902. 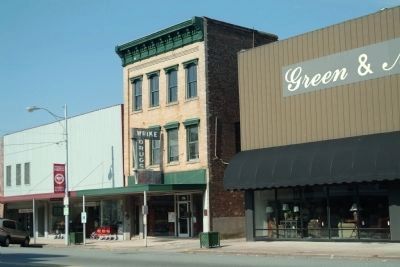 Click or scan to see
this page online
The three story building was built in 1901, by Dr. J.C. Simmons for his drug store. After Simmons retired, it was operated as Farrell-Hayes Drug Store and later Wrike Drug Store.