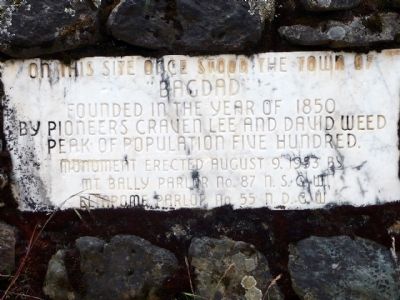 Founded in the year of 1850 . by pioneers Craven Lee and David Weed . Peak of population five hundred .

On this site once stood the town of "Bagdad"

Topics and series. This historical marker is listed in this topic list: Settlements & Settlers. In addition, it is included in the Native Sons/Daughters of the Golden West series list.

Other nearby markers. At least 8 other markers are within 10 miles of this marker, measured as the crow flies. Junction City Centennial (approx. 4.6 miles away); Big Flat – Big Bar (approx. 5.2 miles away); Site of Cañon City (approx. 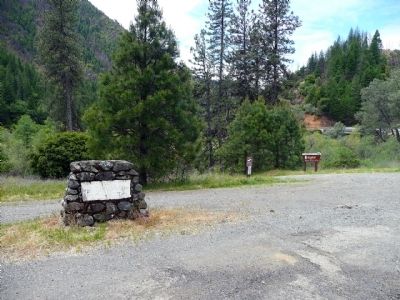 Also see . . .  Wikipedia Entry for Helena, California. Helena was known as Bagdad before the post office was established. (Submitted on July 4, 2010, by Karen Key of Sacramento, California.) 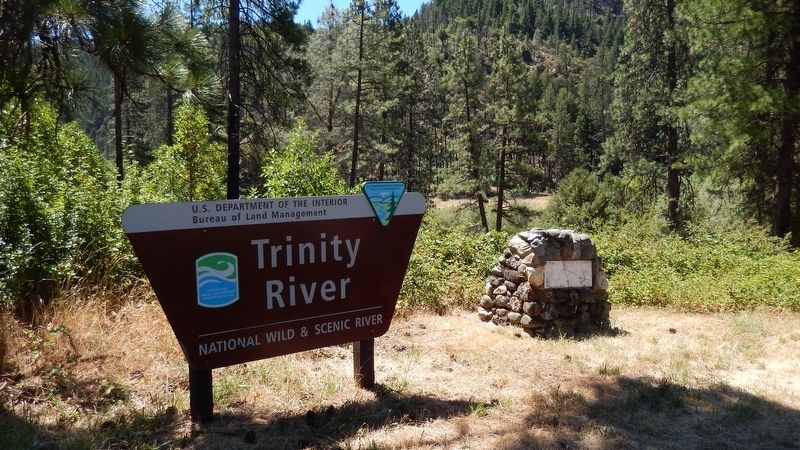