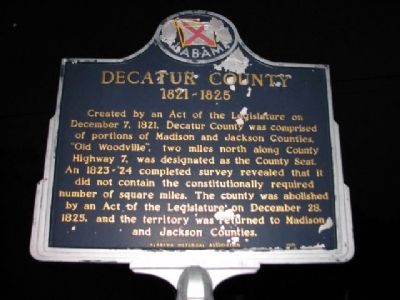 Photographed By Sandra Hughes, August 9, 2009
1. Decatur County Marker
Inscription.
Decatur County. 1821~1825. Created by an Act of the Legislature on December 7, 1821, Decatur County was comprised of portions of Madison and Jackson Counties. "Old Woodville," two miles north along County Highway 7, was designated as the County Seat. An 1823-‘24 completed survey revealed that it did not contain the constitutionally required number of square miles. The county was abolished by an Act of the Legislature on December 28, 1825, and the territory was returned to Madison and Jackson Counties. . This historical marker was erected by Alabama Historical Association. It is in Woodville in Jackson County Alabama

Topics. This historical marker is listed in these topic lists: Government & Politics • Notable Places. A significant historical month for this entry is December 1831.

Other nearby markers. At least 8 other markers are within 6 miles of this marker, measured as the crow flies. 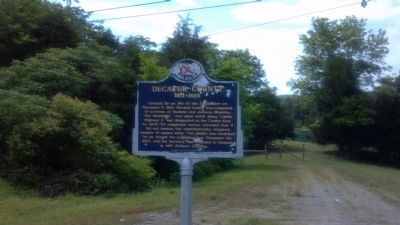 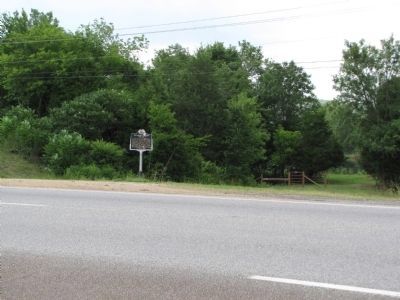 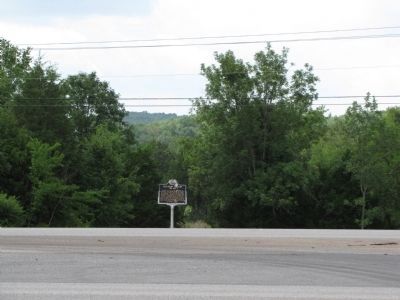