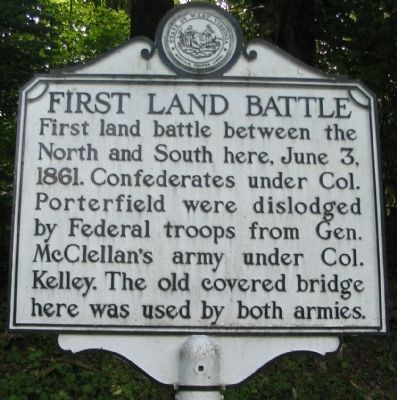 First land battle between the North and South here, June 3, 1861. Confederates under Col. Porterfield were dislodged by Federal troops from Gen. McClellan's army under Col. Kelley. The old covered bridge here was used by both armies.

Topics and series. This historical marker is listed in this topic list: War, US Civil. In addition, it is included in the West Virginia Archives and History series list. A significant historical date for this entry is June 3, 1861.

Other nearby markers. At least 8 other markers are within walking distance of this marker. Birthplace - W.D. Zinn (a few steps from this marker); Battle of Philippi (about 600 feet away, measured in a direct line); Philippi (about 600 feet away); Historic Campbell School (approx. 0.3 miles away); Benjamin F. Kelley (approx. half a mile away); a different marker also named Battle of Philippi (approx. half a 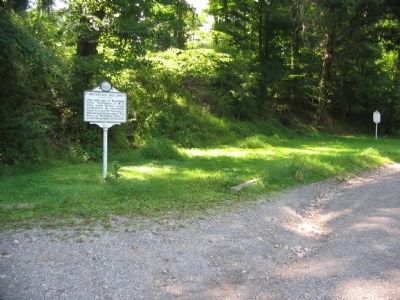 Photographed By Craig Swain
2. Markers beside the Beverly-Fairmont Pike
To the left, the W.D. Zinn marker. To the right, "First Land Battle." 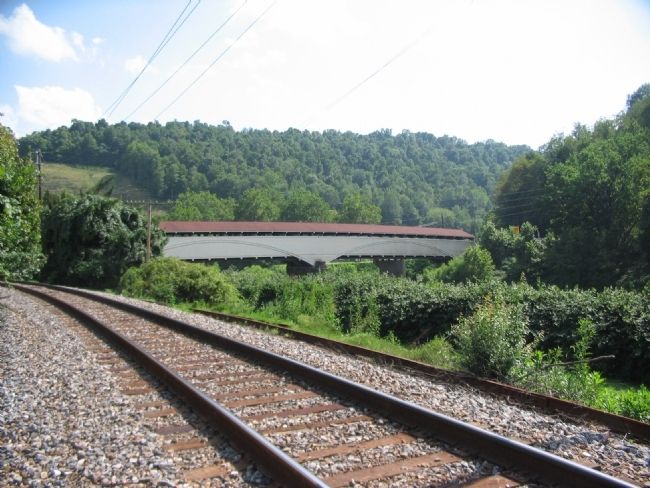