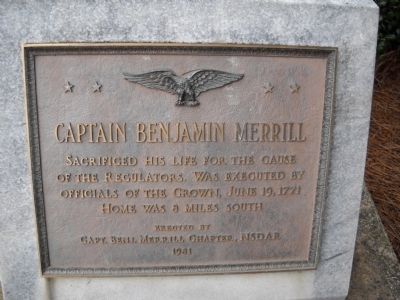 Photographed By Bill Coughlin, August 2, 2010
1. Captain Benjamin Merrill Marker
Inscription.
Captain Benjamin Merrill. .
Sacrificed his life for the cause of regulators. Was executed by officials of the Crown, June 19, 1771. Home was 8 miles south.. . This historical marker was erected in 1981 by National Society Daughters of the American Revolution - Capt. Benj. Merrill Chapter. It is in Lexington in Davidson County North Carolina

Sacrificed his life for the cause
of regulators. Was executed by
officials of the Crown, June 19, 1771.
Home was 8 miles south.

Topics and series. This historical marker is listed in this topic list: War, US Revolutionary. In addition, it is included in the Daughters of the American Revolution (DAR) series list. A significant historical date for this entry is June 19, 1750. 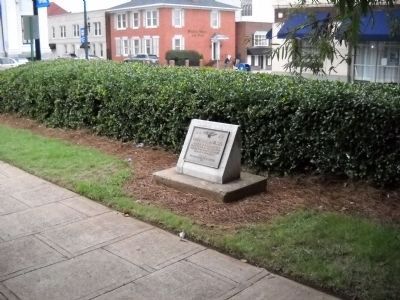 Photographed By Bill Coughlin, August 2, 2010
2. Captain Benjamin Merrill Marker
In 1771, a group of backcountry farmers referred to as “Regulators”, fed up with high taxes, dishonest sheriffs and illegal fees imposed by the British Crown, rebelled against royal governor William Tryon. Tyron’s militia defeated the Regulators in what was called the Battle of Alamance and sentenced six of them, including Capt. Merrill, to death.

Also see . . .  Battle of Alamance. Description of the battle from the Alamance County, NC website. (Submitted on August 14, 2010, by Bill Coughlin of Woodland Park, New Jersey.) 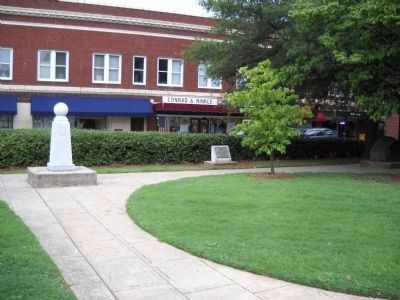 Photographed By Bill Coughlin, August 2, 2010
3. Lexington Markers
The Captain Benjamin Merrill marker (center) is one of several located across from the Old Davidson County Courthouse. 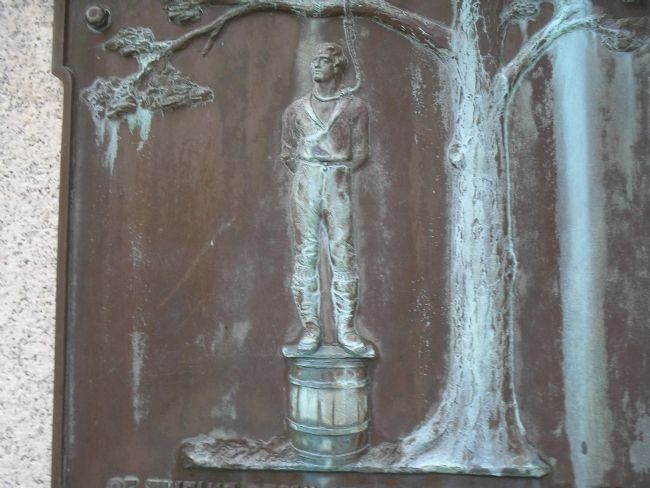