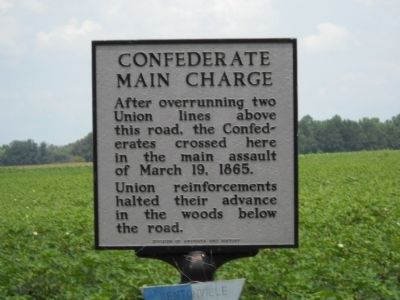 Union reinforcements halted their advance in the woods below the road. . This historical marker was erected by Division of Archives and History. It is Near Four Oaks in Johnston County North Carolina

After overrunning two Union lines above this road, the Confederates crossed here in the main assault of March 19, 1865.

Union reinforcements halted their advance in the woods below the road.

Erected by Division of Archives and History. (Marker Number HHH-11.)

Topics and series. This historical marker is listed in this topic list: War, US Civil. In addition, it is included in the North Carolina Division of Archives and History series list. A significant historical month for this entry is March 1754. 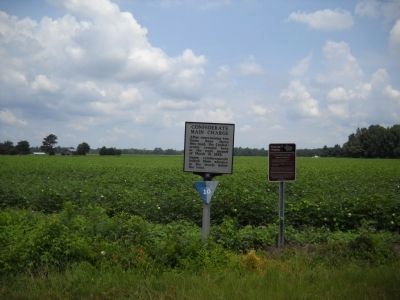 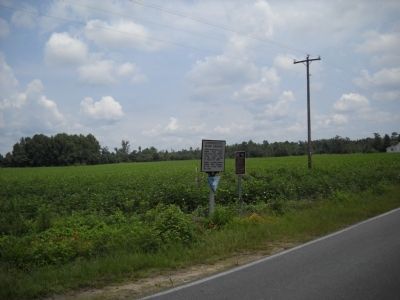