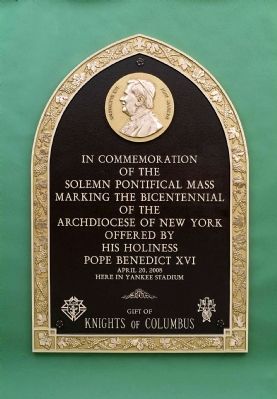 In commemoration of the solemn pontifical mass marking the bicentennial of the Archdiocese of New York offered by His Holiness Pope Benedict XVI April 20 2008 here in Yankee Stadium. Gift of Knights of Columbus.