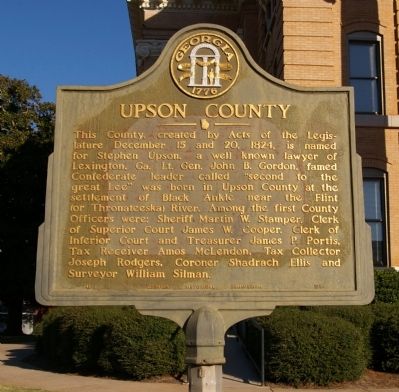 Topics and series. This historical marker is listed in this topic list: Government & Politics. In addition, it is included in the Georgia Historical Society series list. A significant historical date for this entry is December 15, 1854. 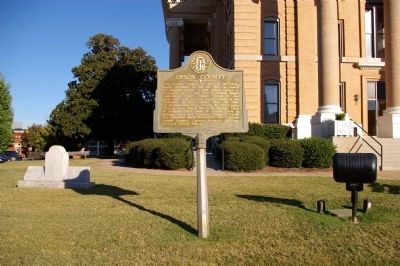 Click or scan to see
this page online
, on the left when traveling east. The marker stands in front of the Upson County Courthouse. Touch for map. Marker is in this post office area: Thomaston GA 30286, United States of America. Touch for directions. 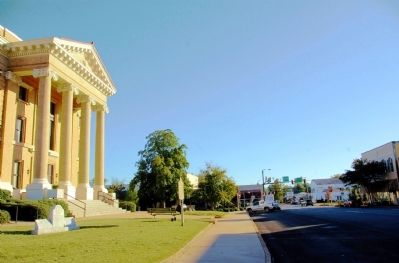 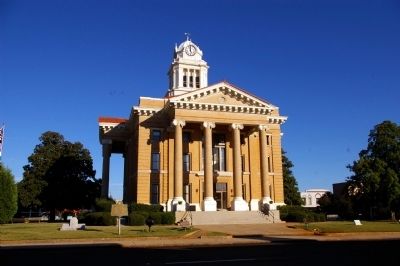 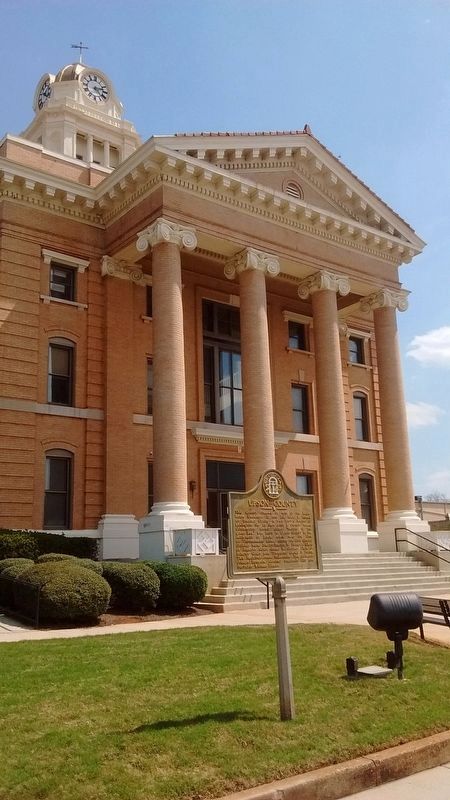